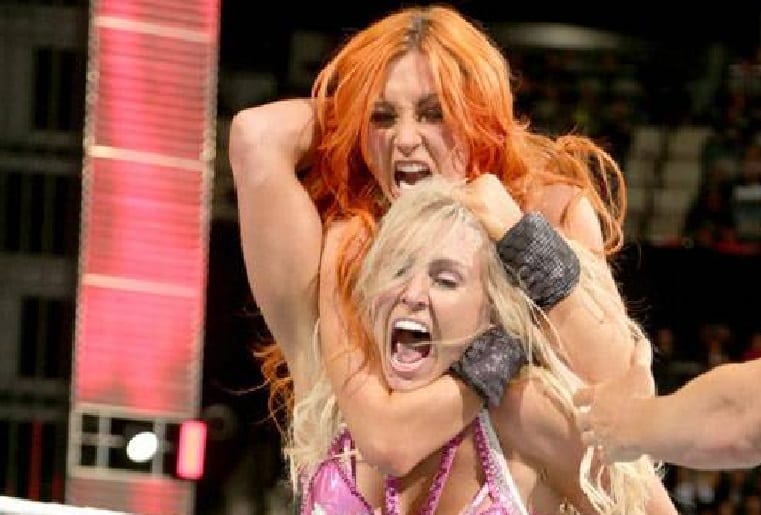 Becky Lynch is set to defend her SmackDown Women’s Championship at WWE Evolution in a last woman standing match. There are a lot of ways WWE could book a first-ever match like this at a first-ever event of its kind — but the important part is they tell a good story.

With Lynch as a new brutal heel and Flair as the sympathetic babyface, Bully Ray opened up on Busted Open Radio about how he would book the conclusion of their WWE Evolution match in order to tell the best possible story and put Becky Lynch firmly into the heel side of the roster.

“I know what I would do for the finish of their match at Evolution like if I was booking their match. They’re having a last woman standing match, correct? We know that for sure. So remember last week when we were talking about how could you possible get heat on Lynch and we would have to do something drastic and probably the only person you could utilize would be a feeble Ric Flair?”

“He didn’t try to put his hands on her, he didn’t try to help her up, he didn’t get involved in the match in any way, shape or form but as he’s walking over to his daughter he were to trip and fall and take a bump and we saw him clutching and hurting like something happened. What if Becky Lynch were to take a chair and stand over Ric Flair threatening to cave his head in unless Charlotte stayed down for the 10 count — how would you feel about that?”

This is certainly an interesting way to go with things, and only time will tell how WWE decides to book this match. But as time goes on, it might be important to establish Becky Lynch as a hated heel to combat the babyfaces on the roster. After all, going after the 2-time WWE Hall Of Famer father of Charlotte Flair would be a great way to go.