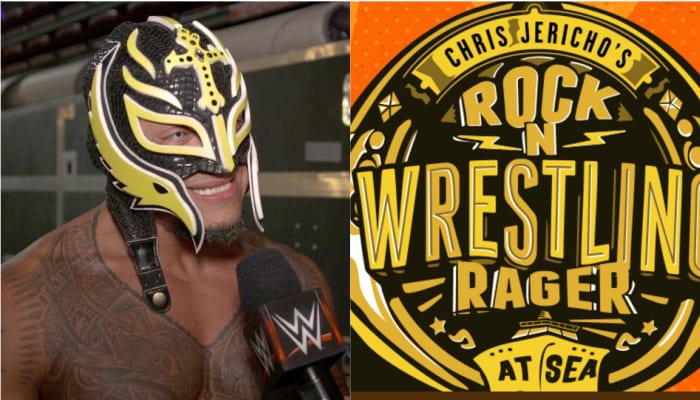 Rey Mysterio recently returned to WWE, but he’s still free to make his own choices during his downtime. WWE has some pretty strong feelings about something he wants to do because they really don’t want him around non-WWE events.

Chris Jericho’s Rock n Wrestling Rager At Sea is scheduled to set sail on October 27th — but if you’re waiting until the last minute to reserve a cabin you’re too late because the cruise is already sold out.

But Mysterio has an invitation to attend the cruise and he might want to take Y2J up on the offer. The only problem is that Mysterio’s current employer, WWE doesn’t want him to go.

The Wrestling Observer Newsletter reported that although Mr. 6-1-9 has no intentions of wrestling on the ship, WWE is still trying to keep him from going. He already told them about this commitment and promised them he wouldn’t be wrestling but that doesn’t seem to matter to WWE.

Mysterio isn’t booked on any WWE shows this weekend either so they really don’t have a reason for him not going — except for the fact that they don’t want him to attend.

Only time will tell if Mysterio ends up jumping aboard the cruise but it’s still rather interesting that WWE would feel so strongly about something Chris Jericho is throwing together, even if it’s full of talent who aren’t under WWE contracts.

Maybe things aren’t so great between WWE and Y2J at this point?