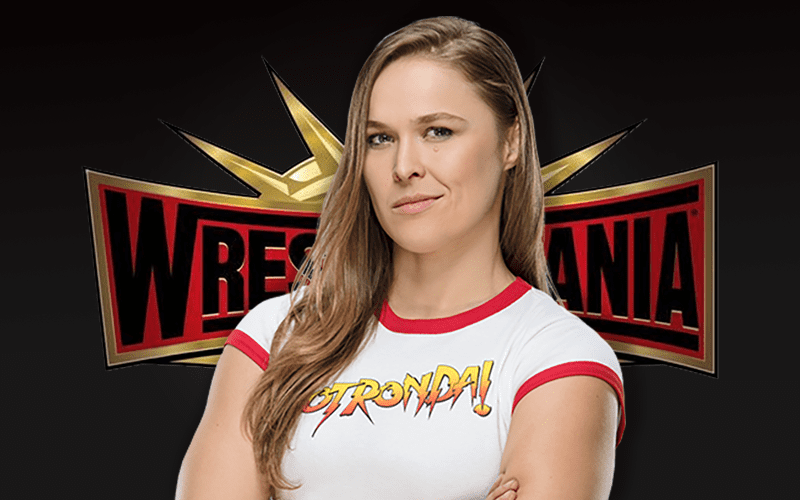 You never know what can happen in WWE. With Ronda Rousey’s entrance into the company few people thought she would take to it like she did, but she has remained impressive. With WrestleMania coming up sooner than some might think, WWE might start positioning their roster to point toward that big show sooner than later and Rousey is certainly playing into those plans.

Joe Peisich spoke on Barnburner’s No Holds Barred podcast about the fact that he’s been hearing very strong rumblings about WWE sticking with the possible idea of Ronda Rousey headlining WrestleMania this year.

Rousey’s name has been thrown around quite often in regards to her headlining WrestleMania. But it seems like as months get closer we could see that become more of a reality. Of course, with Ronda and Charlotte on different brands, it might pose an issue but it didn’t stop Asuka from challenging Flair at Mania this last year.