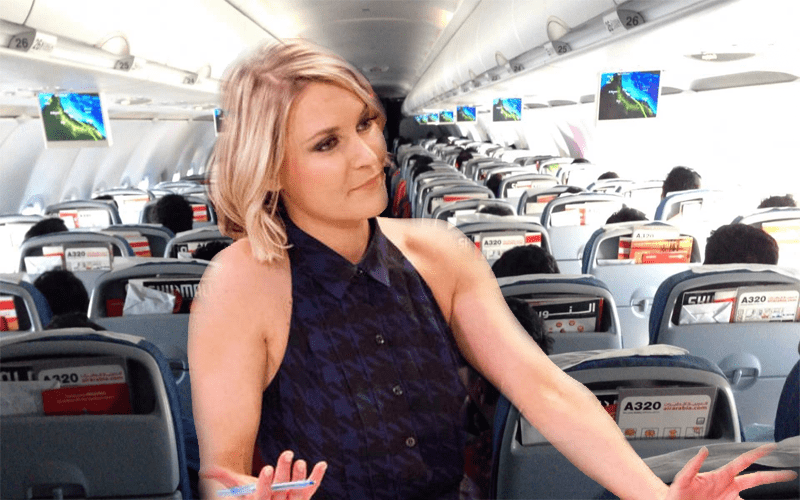 WWE Superstars and personalities are on the road almost every day and face the public eye and criticism everywhere they go and in everything they do. WWE announcer Renee Young seems to be the latest victim of association.

Young took to her Twitter account to reveal she was on a flight back home when a man sitting next to her started to search her up on Google and show her photos of herself- seemingly both confusing and embarrassing her.

The man next to me just googled me and keeps showing me pictures of myself. This is gonna be a loooooooong flight home. 😳

Twitter user @NotQuiteSure18 responded to Young, claiming that the man could read the tweet. Young says she is monitoring the situation.

This also caused an interesting reaction from former SmackDown Tag Team Champion Big E, who responded to Young with a GIF.

Young also received messages from several WWE Superstars and personalities. Check those out below:

Just pray he doesn’t go to YouTube videos next. 🙏🏽

Young has been active on social media since her original tweet just a few hours ago but has not provided any further updates beyond that she is monitoring the situation. It is possible the man is just a fan that doesn’t understand boundaries, but we do hope Young gets back home safely.

Have you ever had a similar incident? Have you been on a flight with a wrestler before? Let us know your thoughts, opinions, and reactions in those comments below.