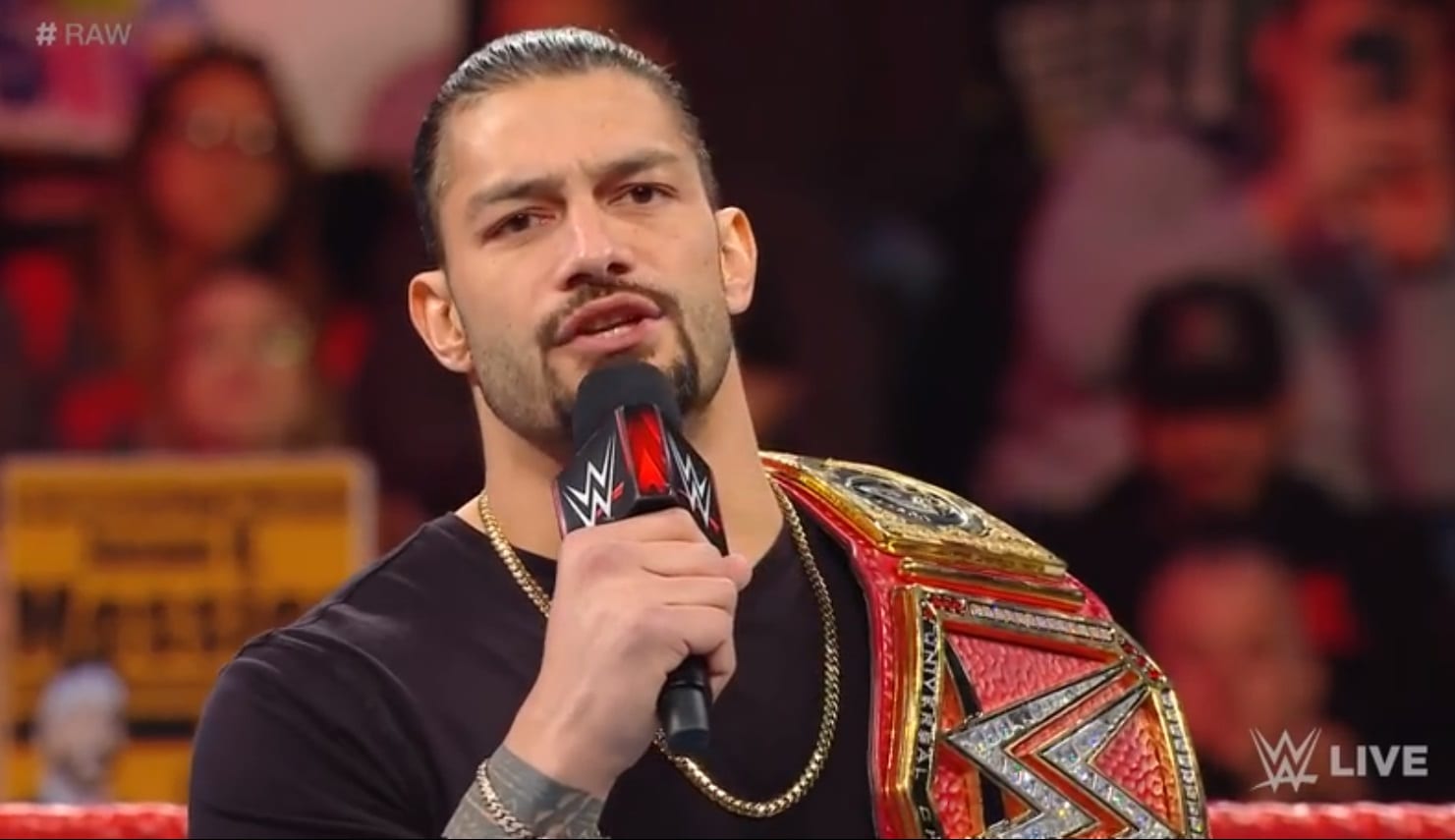 During separate podcasts, former WWE Superstars Damien Sandow and Shane Douglas sought to respond to the announcement that former Universal Champion Roman Reigns had to relinquish his Championship due to an ongoing battle with leukemia.

Sandow was on Barn Burner’s “On The Mat Wrestling Show” where he addressed the diagnosis of Reigns, wishing the Superstar the best of luck and offering his own prayers for “The Big Dog.”

“Yeah, that was quite a shock. It’s one of those things where you do not wish something like that upon your worst enemy- and you know Roman or Joe- he is someone I honestly do not have a bad word to say about, both in the ring and as a human being.

“You know, it’s shocking, but I will definitely keep him in my prayers, and definitely send him the best of intentions. He’s definitely somebody that- he’s done this before. He’ll have no problem doing it again, and that is my opinion. That is my sincere opinion.

“Yeah, it’s not the best news I’ve heard, but I honestly do [wish him the best].”

Additionally, Douglas was a guest on The Two Man Power Trip of Wrestling where he addressed in depth what Superstars have to go through, and how fans should be proud for everything Reigns has done, and how he will inspire and give strength to others through his public announcement of his diagnosis.

“For our business and for the fans and the people outside of our business at its most basic level it is a fraternity and we are a brotherhood (that’s why he call each other brother) and the reason being is because we are going to the ring night after night, week after week, month after month putting our bodies in each other’s hands and we have to trust each other. To do that you’ve got to get to know these people and although I’ve never gotten to know Roman Reigns because he’s obviously a bit younger than me, I do know the Samoan family very well.

“With the HIPAA laws, we all so traversed with keeping our health private and keeping that to ourselves but being in a public situation like Roman is there are people out there and probably young kids especially that look up to him that are in the same situation and that can garner strength from that.

“So to me, it is an incredibly cool thing to do. But I do wish him every bit of the best and I hope he has a fast recovery, that he handles the protocol well and not that I have any personal experience but I’m sure that any type of anti-cancer protocol must be tough and because of that I wouldn’t wish it on my worst enemy let alone one of my brothers. I wish him all the best and Godspeed in his recovery and what a hell of a return he is going to have. Once he beats cancer’s ass again to come back he will be one hell of a babyface for the WWE and I look forward to seeing that.”

“If there was a cookie-cutter for wrestlers it would be the Roman Reigns look. Just a little sidebar on the family and to Afa, Sika, The Rock, Sammy (Samu), Fatu and all of the guys in that family and I’ve worked with so many of them over the years and I learned so much from working with them. They are always top notch quality people and I’m sure Roman is cut from that same cloth. He’s got a strong family unit around him no doubt and looking forward to him making a speedy recovery and coming back and seeing what is in the next chapter for Roman Reigns.”

You can also listen to Douglas’ remarks in the video below:

Do you think Reigns made the right decision to go public with his announcement? Let us know your thoughts, opinions, and reactions in those comments below.

Please credit Ringside News if our Barn Burner quote is used. Additionally, please give a credit to The Two Man Power Trip of Wrestling if the Douglas quotes are used.