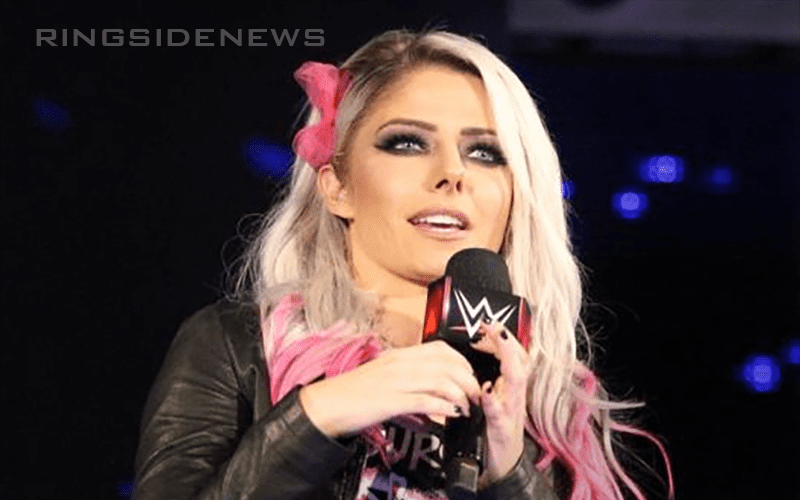 Given the news that she received a concussion during her match against Ronda Rousey this past weekend, Bliss may not be cleared to compete by this weekend, when WWE presents the first-ever all-women’s PPV, Evolution, in Uniondale, New York at the Nassau Coliseum.

We previously reported that Bliss must get clearance to compete by Sunday, or she is out of the match. Furthermore, a replacement competitor has already been lined up to team with Mickie James against Trish Stratus and Lita if Bliss is unable to be cleared.

In the latest update to this story, Bliss tweeted out several emojis that show her fingers crossed. She adds no further context to the tweet, but anyone familiar with her current situation can put two and two together and work out the context behind the tweet.

Many fans have left their positive messages for the beloved Superstar, though it remains to be seen whether Bliss is cleared by this Sunday. Stay tuned to Ringside News for further updates and confirmation on Bliss’ status heading into this weekend.

Do you think she’ll make it? Let us know your thoughts, opinions, and reactions in those comments below.