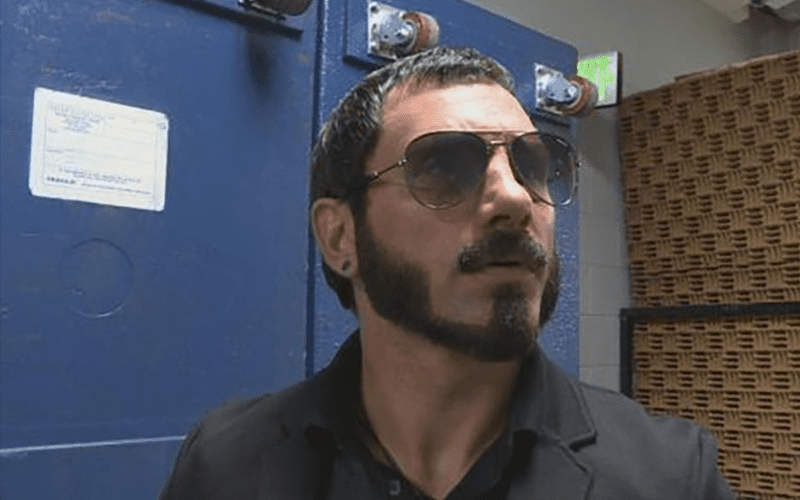 Austin Aries is The Greatest Man That Ever Lived and there are a lot of reasons why one could argue that fact. He’s a good-looking and successful vegan who is also incredibly intelligent and talented — so who wouldn’t want to take him down a peg or two? He has a legion of haters and we have seen it ourselves in every article we write about A Double, no matter the subject matter.

While there might be some truth to the fact that he’s been called hard to work with, the fact is the man has done business far more times than he’s ever allegedly done something to mess up a show. But regardless, people are going to focus on the rumor and innuendo while slinging mud.

Joe Peisich of Barnburner’s No Holds Barred podcast said and we reported that the situation between Aries and Impact Wrestling is a worked shoot. Dave Meltzer later stated this in the Wrestling Observer Newsletter as well to confirm it without mentioning Barnburner’s report. But the fact remains that Austin Aries wasn’t at the last set of television tapings and he is said to be gone from Impact Wrestling.

So while he has some time to kill, Aries has decided to retweet like there’s no tomorrow and he’s only giving the honor to those trolls with the best punches. You can check those out below and let us know in the comments and such if you think this was a smart idea.

By the way, this is just a sampling of all the ones he put out there and yes their mostly NSFW, so don’t let your kids read A Double’s Twitter account until he stops this pretty humorous way to let his haters know that he hears them loud and clear but he’ll just keep being the Greatest Man Who Ever Lived.

I love when people talk shit about Austin Aries. Especially after he acted like a little bitch when he lost the championship to @TheRealMorrison at #BoundforGlory. #IMPACTonPop

Really gratifying to witness the continuing saga of Austin Aries alienating people so thoroughly that one day, no one at all will hire him. It's beautiful y'all

Austin Aries is an asshole https://t.co/hYzVDJnENh

@AustinAries your a unprofessional twat, did you have a tantrum in the locker room after? Please stay away from wrestling.

@IMPACTWRESTLING Austin Aries is not worth the hassle, your better off without him. That just made a mockery of the business what he did in the match after. Please be rid of him.

I just watched that Austin Aries clip. What an absolute dipshit. Lord…

So if this is not a work, @AustinAries is a LITTLE bitch and overestimates his own worth. Maybe when he is tall enough to see in a mirror, he will regret his decision at BFG.

They already had that going on to the show though dude. Aries just acted like Austin Aries does, like a petulant child who's had his toys taken away from him.

If you are reading this article on any site other than Ringsidenews.com then it is copy/pasted and stolen