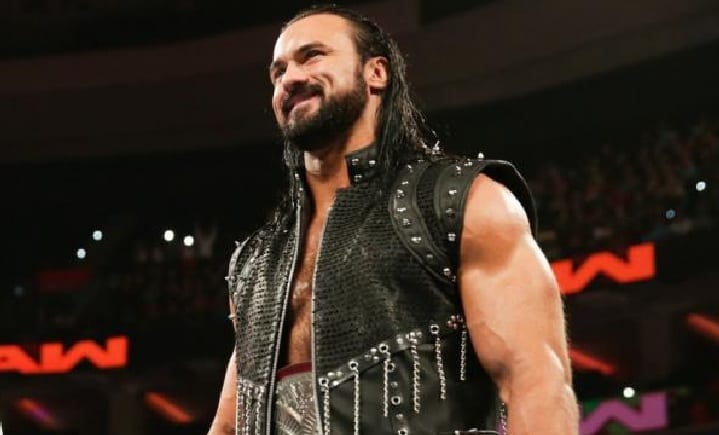 With Roman Reigns’ exit from WWE, they need to work hard in securing someone else in his spot as the top guy in the company. But that might not be as easy of a task as you might think, after all, Vince McMahon has been working to get Reigns to where he is for the past 4 years or longer.

There are a lot of guys in WWE who can be top guys, but Roman Reigns held down the top guy position in WWE, it seems that Drew McIntyre’s momentum is carrying on in spite of the fact he and Dolph Ziggler dropped the Raw Tag Team Titles this week on Raw.

“Strowman’s kind of one-dimensional. I don’t know, he can be the stop-gap guy. I don’t see him as the long term, but perhaps they will be. He’s the most popular guy right now and he’s a babyface.”

Meltzer continued to discuss Drew McIntyre’s abilities and what makes him a logical choice to be WWE’s next top guy. Even though this will be an almost impossible target to hit seeing how perfect for the role Roman Reigns is.

“But as far as being the face of the company, McIntyre is a guy I could see because he’s got good size, he’s got the good body, he’s a good-looking guy, he wrestles really well, he talks good. So that’s the kind of boxes they want punched so I think he could, but that’s not going to be right away. I think he was being groomed for sometime down where he’s doing his Shawn Michaels/Diesel thing with Ziggler and he’ll be Diesel and hopefully, he’ll fair better than Diesel did in that same position.”

It was noted that even if you look at NXT and a guy like Ricochet who could do an amazing job as the face of the company, he’s still not ticking all of the boxes. Roman Reigns’ shoes will be very hard to fill, especially his wrestling boots. Only time will tell how WWE is able to book their programming in the following weeks as they repair this huge gap in the roster, but we’re pulling for Roman Reigns regardless as he continues an even more important fight outside of WWE.