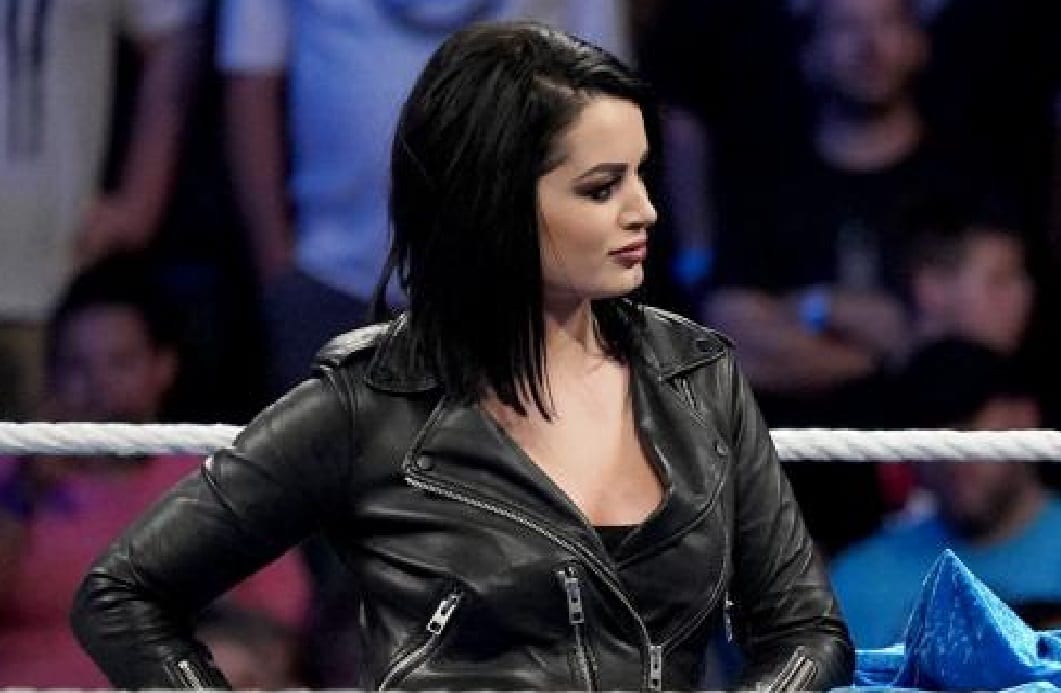 WWE Evolution will be the first ever all-female pay-per-view in the company’s history. It will emanate from the Nassau Veterans Memorial Coliseum, East Garden City, NY. But even if you can’t get to the show live, it’ll be on the WWE Network starting at 6:30 pm this Sunday.

Paige has played many roles in the pro wrestling business, but the SmackDown GM can no longer wrestle. But she can certainly talk and she does it well as the leader of WWE’s blue brand.

Although it’s not unheard of that she might appear during the show in some capacity, she will not be wrestling since her in-ring career was ended — but at least she’ll be on the kickoff show.

WWE announced on their website that Paige will be on the kickoff show panel alongside Renee Young and Beth Phoenix. Young and Phoenix, will jump over to the commentary table for the show and Michael Cole will join them for the pay-per-view.

Charly Caruso is set to host the red carpet with Kayla Braxton as Dasha Fuentes, Cathy Kelley, and Sarah Schreiber conduct interviews. It will be nice to see Dasha again since she’s been off the road with WWE since suffering an Achilles tendon injury in August.

In case you’re wondering, there will be 3 ring announcers for the show as well with JoJo Offerman, Kayla Braxton, and Lilian Garcia taking turns. It will also be nice to see Lilian again as she is making a return for this very special event.