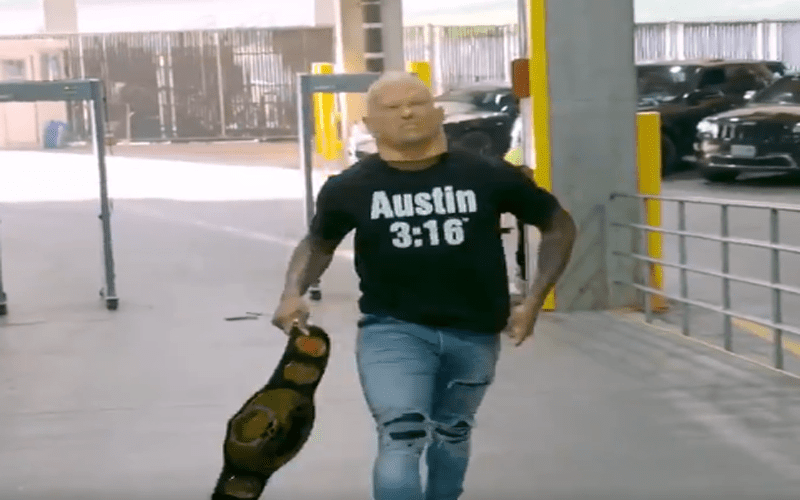 Lillard was born in 1990 and likely grew up a fan of Austin during the Attitude Era. This was evident as Lillard showed up to the game with the Smoking Skull WWE Championship title belt, an Austin mask, an Austin 3:16 shirt, and torn jeans.

The subsequent online reaction from his arrival caught the attention of Austin himself, who added “Oh Hell Yeah!!!” to the clip, showing it to his audience. Take a look at the video through the tweet below:

Unfortunately, Lillard and the Trailblazers lost to the Wizards by a score of 125 -124 in overtime. Lillard himself scored 29 points, 8 assists, and 8 rebounds.

Have you ever dressed up as a wrestler for Halloween? If so, who? Let us know your thoughts, opinions, and reactions in those comments below.