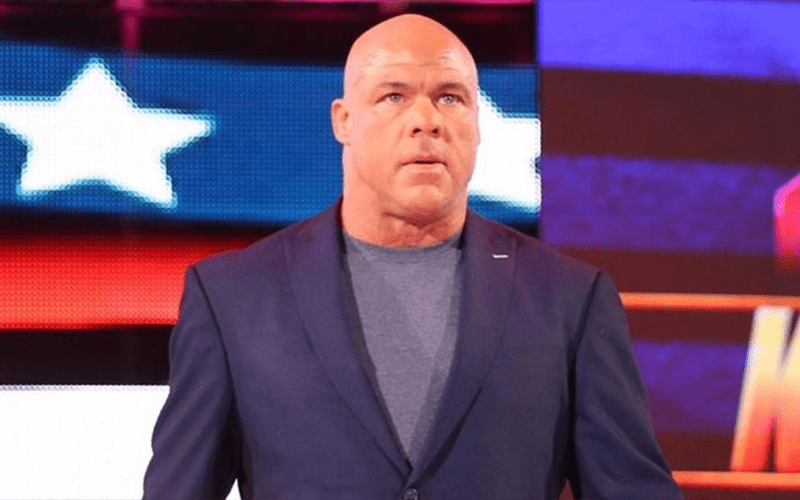 Last night on Monday Night Raw the wrestling world came to a stop when Roman Reigns announced that his leukemia had returned, and that he’d be taking a leave of absence from WWE.

Nobody quite knew how to react, but over the course of the last twelve hours, thousands upon thousands of people in the WWE Universe have been sending messages of support to The Big Dog. One such individual is none other than Hall of Famer Kurt Angle, who has sent an important message to his followers the morning after.

After watching the beginning of WWE Raw last night, I’ve come to the conclusion that we all should be grateful that we woke up this morning to experience life to its fullest. Make each day count, because you never know what life will throw at you. #ThankYouRoman

You could argue that Kurt has never been more accurate that he is in this tweet, and while it may seem like a stereotypical or fairly standard thing to say given the circumstances, it’s something that so many people take for granted.

We should all be living each day like it is our last, because you truly do never know what could be waiting around the next corner. We’re confident in saying that Roman Reigns will be back on our screens before we know it after beating leukemia once again, but that’s not what this is about.

People face obstacles every single day and you could be waiting up tomorrow with a completely different life to the one you have now. Kurt Angle himself has faced a lot of adversity over the years and he knows what he’s talking about, so as we all pay tribute to Reigns in what is still a fresh revelation, let’s remember to follow this sound piece of advice.