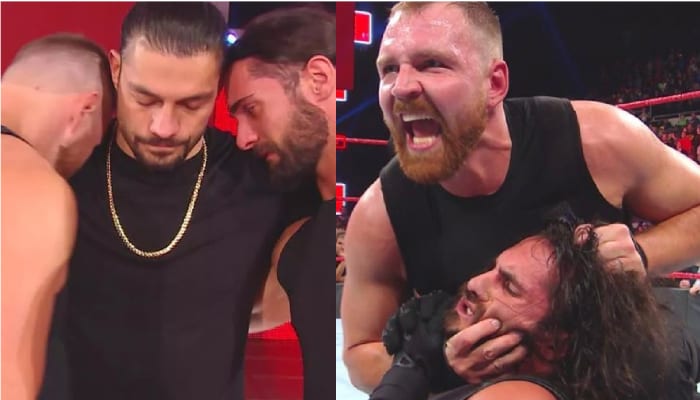 WWE has come under fire online by a lot of fans who didn’t like the way they seemingly got heat off of the fact that Roman Reigns’ leukemia resurfaced and he was giving up the Universal Title. A lot of people didn’t like the fact that Dean Ambrose turned on Seth Rollins at the end of the night ending what could have been a good ending to a very sad start. But instead, WWE bookended sad on both sides of Raw this week.

You can check out footage of Dean Ambrose’s heel turn here and it really made no sense. WWE was searching to get heat off of whatever they could, but this time the business could have waited. The Providence crowd ended their night shocked about what they had just witnessed as The Shield was shattered and broke apart piece by piece.

But as Dave Meltzer explained on Wrestling Observer Radio, this is a trend WWE has made their own for years now. Therefore, it doesn’t seem like they’ll be changing up their ways anytime soon guys.

“But this time the real world infringed on their fake television show and instead of respecting it, it’s like the mentality is: ‘Okay it sucks, it’s sad, so how do we benefit from it?'”

“I was thinking that if he does get cured and he comes back it’ll be a wonderful story but I wasn’t thinking how can we benefit from this in the next 2 hours?'”

So WWE decided to enrage the fans because the environment was already emotional. They gave Seth and Dean the Raw Tag Team Titles and then Dean turned on Rollins to leave him in a sad state and fans irate over WWE’s decision to get heat off of this already terrible situation.