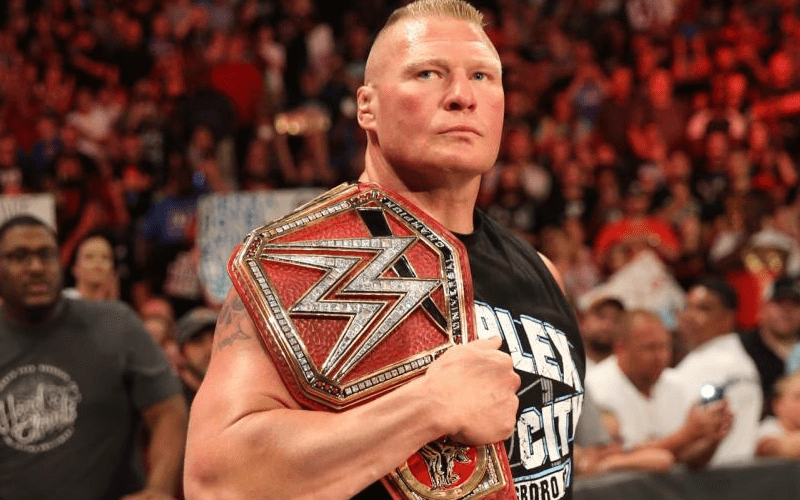 Roman Reigns announced this week on Raw that he has leukemia and then he relinquished the WWE Universal Championship. It was a sad moment, but WWE still needs a champion. Therefore, the triple threat at Crown Jewel was simply made a singles match so Braun Strowman will battle Brock Lesnar for the Universal Title in Saudi Arabia.

Mike Johnson, who just happens to be an awesome guy spoke about Lesnar possibly winning the Universal Title back during a PW Insider Elite audio update. He gave a scenario that would place the title back on Lesnar and then he would take off to become a part-time champion once more to leave Seth Rollins and Dean Ambrose’s blood feud to be the focal point on Raw elevating the IC Title even more.

“Where does this leave Brock Lesnar? This sounds weird to say this but wouldn’t it be something if Brock Lesnar ends up with the belt and he disappears again and the lead title is the Intercontinental and it’s Dean and Seth in a very emotional, personal storyline? I mean who knows what’s going to happen, but it’s interesting to think about.”

WWE has quite a few options at this point. After all, they have the money to offer pretty much anyone enough money to come back if they wanted to. So they’ll come up with something. But a plausible situation might see them placing the title back on Lesnar and let him remain unbeatable until they have enough time to build someone up to take him out — unless they have already decided that Braun Strowman is ready to carry the brand as top champion.