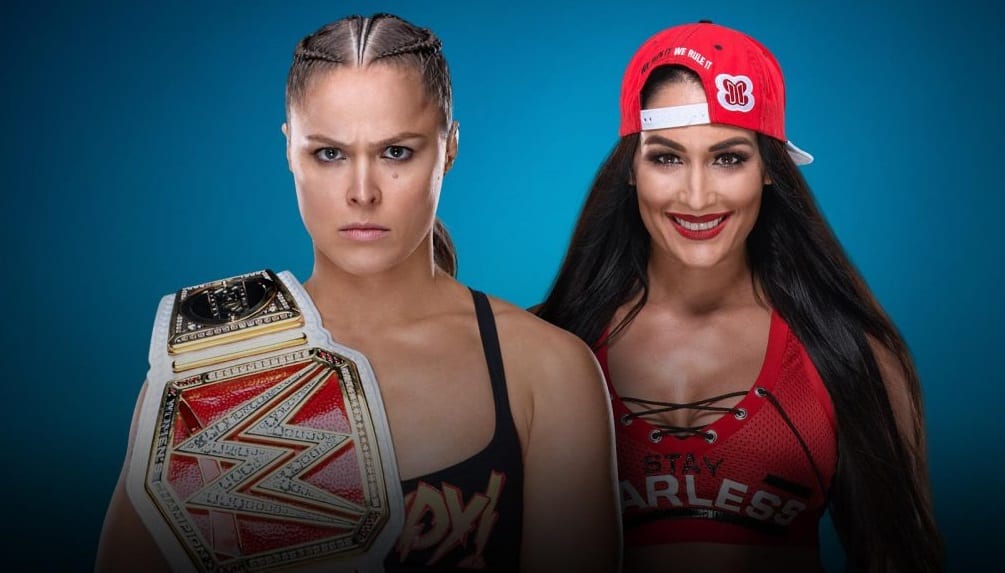 RAW Women’s Champion Ronda Rousey and her Evolution challenger Nikki Bella have been going at it for weeks, ever since both The Bella Twins turned on the Champion after they defeated The Riott Squad on an episode of RAW.

Last week on RAW, Rousey cut a controversial promo on both of The Bella Twins. In the promo, Rousey mentioned that the twins leech off their men, steal their movesets and as it pertains to Nikki Bella, she kicked John Cena’s door open before being forced back out.

While some fans cheered that response, others believe it is not appropriate and goes against the idea of empowering women. In fact, the last few days have seen an increase in negative reactions towards Rousey, who wrote her promo without WWE- and more positive reactions toward The Bella Twins, who appear to be the victims.

Nikki Bella tweeted replied to a tweet sent out by Rousey, where Bella explained how much she has done in her career without the help of Cena. She would also go on to retweet many supportive messages, something a typical heel wouldn’t do.

Wow 24 matches sick 👍🏼 337 matches, runs 2 companies, has two hit shows plus a successful YouTube channel, been making you more famous all week AND been training hard to kick your a** at Evolution… hhhhmmm sure you aren’t the #DNB ??????? N #Bellalution #Evolution https://t.co/2EyVT9idqy

While this already adds fuel to the fire, Rousey issued a response to this tweet on her Facebook page- seemingly taking this a step further and blurring the lines between reality and fiction, where the Champion seems livid at what Bella had to say.

“You know someone typing the title “Producer” next to your name in the credits doesn’t make you some kind of god. The extent of your involvement in @totalbellas and @totaldivas is you let them film you act like idiots whenever they want and in exchange with give you fancy titles in the credits.
whoopidy-f-n-doo.
And If having a “successful” YouTube channel makes it to your short list of accomplishments, you’re not doing near as well as you imagine.
I’m not even going to get into how bragging on your own fame is possibly one of the most narcissistic things you could do…
Because I’m busy and touring the northeast with WWE live at this very moment. What’re you doing? Taking another picture in a wet T-shirt while trying to sell wine? See you at #Evolution #DoNothingBellas #Oct28#RondaVsBella #DontbeaDNB”

With Bella reportedly set to get on the mic tonight during RAW to respond to Rousey’s comments, fans should expect clarification on the direction of the narrative heading into Evolution this weekend in Uniondale, New York.

Do you believe the two have real-life heat? Who do you anticipate wins at Evolution? Let us know your thoughts, opinions, and reactions in those comments down below.