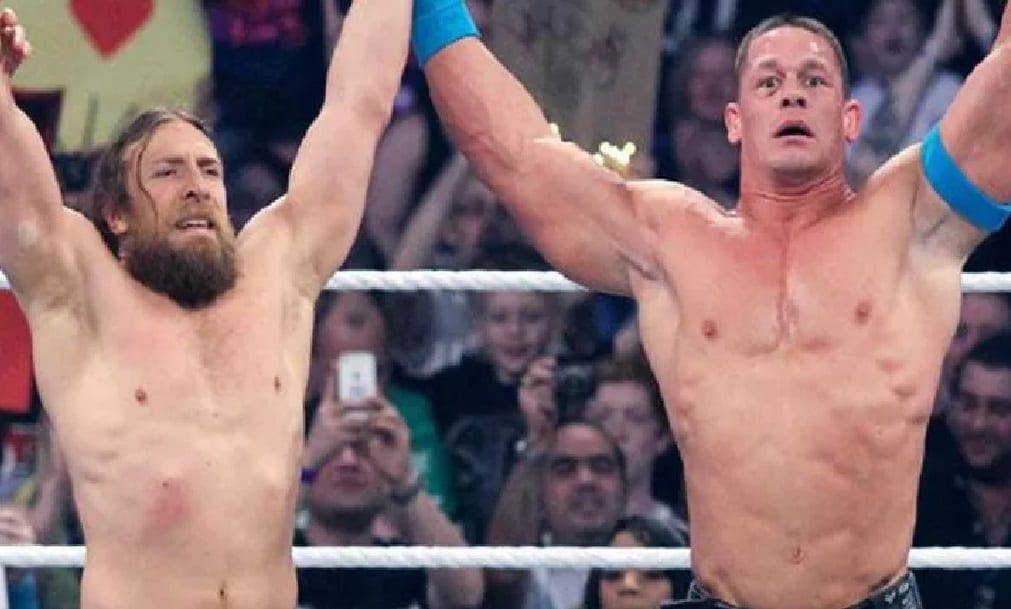 WWE and Saudi Arabia are just beginning their 10-year partnership but it seems that recent controversy which has only gotten worse as time goes by could get in the way of a scheduled pro wrestling event. Crown Jewel is still set to take place on November 4th, and the location is still Saudi Arabia, but some top Superstars are reportedly refusing to go.

In what could be the biggest development which could cause WWE to cancel the big Saudi Arabia show, Robbie Fox from Barstool Sports reports that the Crown Jewel event is in a lot of trouble.

Not only does Fox report that Roman Reigns reportedly injured, but John Cena and Daniel Bryan are said to be “refusing” to participate in the Crown Jewel show. We previously reported through The Wrestling Observer Newsletter, all of the production and most of the Superstars are against going to Saudi Arabia so this might be plausible, although nothing is confirmed yet.

Fox noted on Twitter that “WWE Crown Jewel could be in trouble […] Cena and Bryan are “refusing” to work the show. Many on the current WWE roster have expressed concerned with going, as well, but obviously, not all of them have the power like Cena/Bryan.”

It is also worth mentioning that Bryan Alvarez tried to confirm these rumors as they broke during Wrestling Observer Live, but he was unable to get a response with anyone acknowledging that they had heard these rumors to be true.

This is a very interesting turn of events and only time will tell how it will go to change WWE’s mind about this event if it is a factual report. As with any developing story, we will report to you any updates we receive concerning this matter. After all, we might not know what’s really going on until Cena and Bryan actually show up (or don’t) at Crown Jewel in Saudi Arabia.

WWE Crown Jewel could be in trouble.

I was just told Reigns is currently injured and that Cena and Bryan are "refusing" to work the show. Many on the current WWE roster have expressed concerned with going, as well, but obviously not all of them have the power like Cena/Bryan.