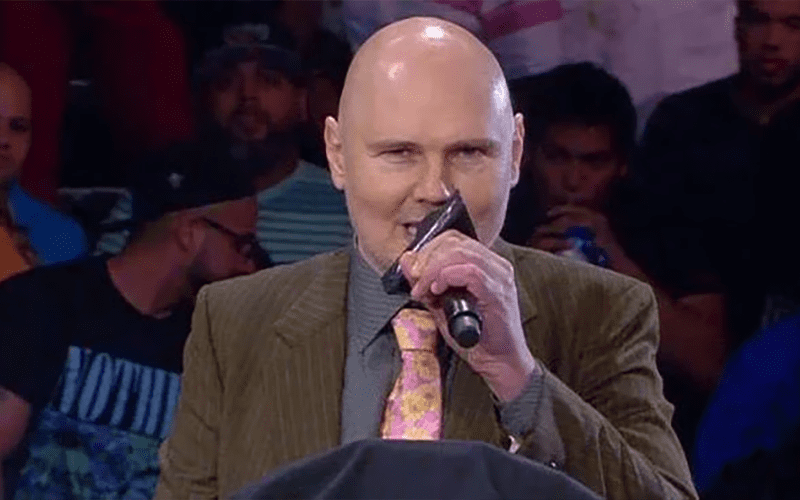 Last night, Cody Rhodes and Nick Aldis capped off the NWA 70th anniversary special a match that left many fans cheering or, on the other hand, scratching their heads. The show has had its fair share of criticism, and NWA owner Billy Corgan has now responded to much of that.

For fans in attendance, the general consensus on social media appears to be that they enjoyed the show. New Champions were crowned, and a handful of tremendous performers were able to show what they have. However, fans watching online had an experience that was on the other end of the spectrum.

Throughout the night, users on social media reported technical difficulties throughout the show. From no sound to the camera placement, Corgan had his fair share of complaints. In fact, an announcer called Dory Funk Jr. by “Rory Funk Jr.,” which has already started to become a meme in the comments of NWA’s social media accounts.

To cap the night off, many fans were shocked when Rhodes dropped the NWA Worlds Heavyweight Championship so quickly after winning it back at ALL IN on September 1. While we aren’t currently aware of why this happened, there is no denying that much of the audience wasn’t anticipating that result.

Given all of this, Corgan took to the NWA Instagram account to post a long note about the difficulties he faced with the show, the criticism it had, and what he hopes to do in the future. He also reminds people that he attempted to take over TNA, something many people will remember.

Here is what Corgan had to say:

“Magnum TA @magnum_ta was an absolute joy to engage with, and showed when speaking live of the NWA’s future why he is so highly regarded with fans and people in the business.

Jim Cornette, on commentary, reminded why there is no one better with a microphone, and I appreciate him lending his gravitas to the event.

His partner, Joe Galli, has such a bright future, and I hope he will remain as our leading voice for decades.

As well, I was thrilled to have Tony Schiavone call the main event. As this highlights one of the great pleasures of owning the NWA, which is seeing these legends do what they do best.

On the production side, we fell short on providing a televised event up to the standard that I would consider acceptable. Which reminded me greatly as to why people questioned my pursuit of TNA (in terms of wanting to buy the company and filed a potential lawsuit to do so).

Put simply, building up a culture like Smashing Pumpkins or the NWA, takes time, trial and error, and great risk. And throwing $$$ at the problems doesn’t necessarily correct the issues, and in some cases makes it worse.

So last night I was painfully reminded of how hard this journey is, and knew by the time the last bell rung we have much work to do before we’d run another such live event. Which in no way diminishes my appreciation for those who ordered or attended the event. In fact, it increases it.

Sitting ringside for the main event, I had one recurring thought, which is there are only a few people on the planet (let’s say the number is under 30) who could do what Nick and Cody did last night. Or, as I used to tell my Mother, ‘this is why they pay me the big bucks, Ma’. Skilled, talented people need the right stage and crowd to show their best, and last night was exactly that. The fans were FANTASTIC. Pushing Cody and Nick to a place I think that surprised them. I remain hopeful for a third, definitive contest.

Lastly, the vibe backstage with talent was jubilant and hopeful. From a living legend like Dory Funk, Jr, to the kid in the dark. And that speaks volumes.”

Did you watch the show? What is your reaction to the show overall? Let us know your thoughts, opinions, and reactions in those comments below.