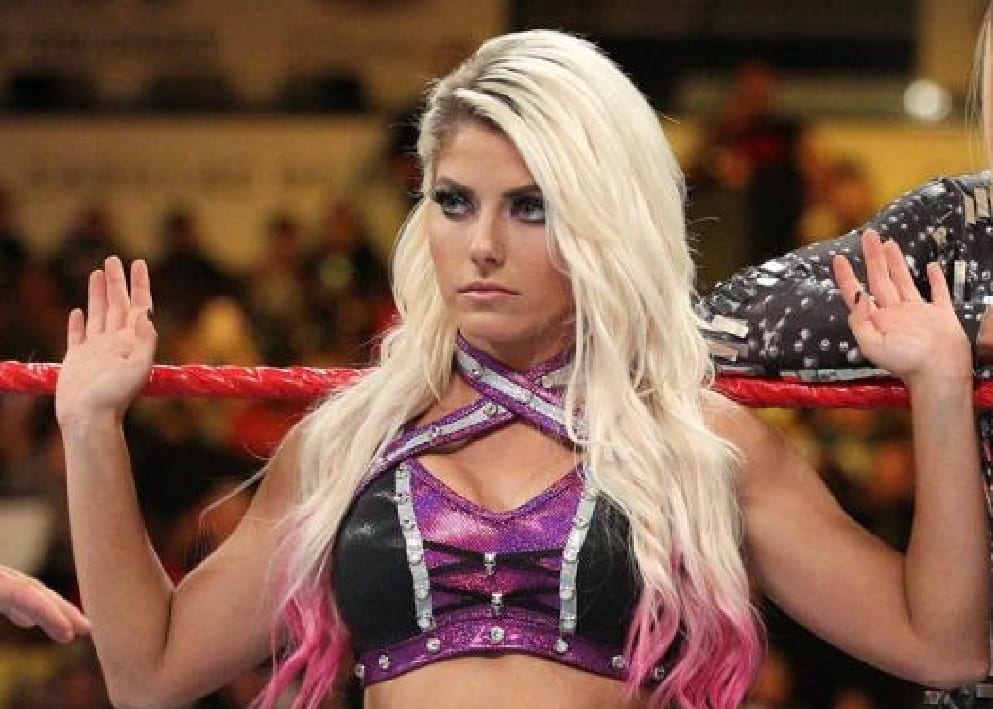 While appearing on Lilian Garcia’s Chasing Glory podcast, Alexa Bliss was asked on why her scheduled match against Trish Stratus was changed to a tag match at the WWE Evolution event. Alexa admitted that she didn’t exactly know why it was changed and commented on the speculation that it had to do with her injury.

“I have no idea. I know there was a lot of speculation on social media because I was injured or this, that, and the other; but, no, I think it was just the direction they wanted to go in and we were told when it was announced earlier in the day. They were like, ‘Hey it’s gonna be a tag match.’ No reason. I think it makes it exciting. I think it makes it really cool because you have Team Bestie (Trish & Lita) and the dynamic, I think it would have been – not the word a waste, I don’t want to use the word waste. I think it would have been, I don’t know. I feel like it’s a lot more fun to have Mickie involved because of Trish and Mickie’s history. It needed to be done. That’s just my personal opinion. It makes sense. Mickie and me have been teammates for God knows how long now and Trish and Lita are Team Bestie, so why not? I feel like that saw that from a creative standpoint and saw the value in that and wanted to go with it and there wasn’t anything that happened that turned it into a tag match. I think it was just what they wanted to do.”

Alexa also commented on her desire for a singles match against Trish and said it would have been a  dream come true.

“Obviously, I wanted to have the one-on-one with Trish. I thought it would be a freaking dream come true; but, it’s still a dream come true because now I’m getting into the ring with Lita too. It’s so cool.”

(Thanks to Michael McClead for the above transcript)