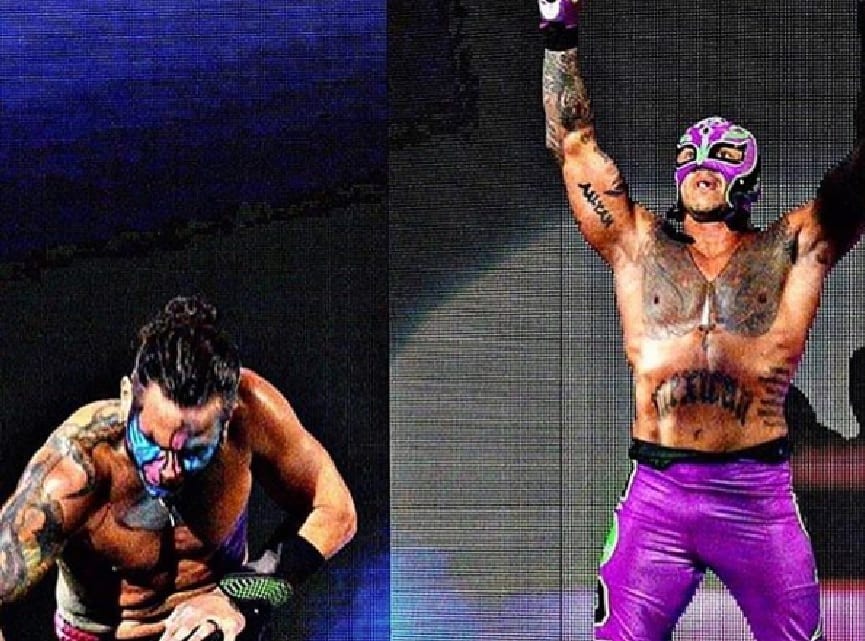 It’s been a while since Rey Mysterio toured with the WWE roster to a house show, but that changed when WWE rolled into Hartford last night. It’s interesting to see how WWE books people on house shows because it could tell about a future program. Well, if Mysterio is set to face either of his opponents on Saturday in an extended singles feud we wouldn’t be complaining.

Jeff Hardy was chosen to tag with Mysterio against Randy Orton and Andrade Cien Almas and the XL Center popped huge for the two as they made their way to the ring. What followed was a pretty good match which you can see below.

Rey might be booked in tag team matches to protect him, but he still worked a good majority of the match on Saturday night. In the end, Hardy and Mysterio won with a combination finisher as Rey Mysterio nailed his top rope splash for the win.

Mysterio is working a pretty busy schedule for the remainder of the year — at least it’s more than we saw him doing when he first signed back with WWE. But as long as he can still go there’s nothing holding Mr. 6-1-9 back from doing his thing in the ring.