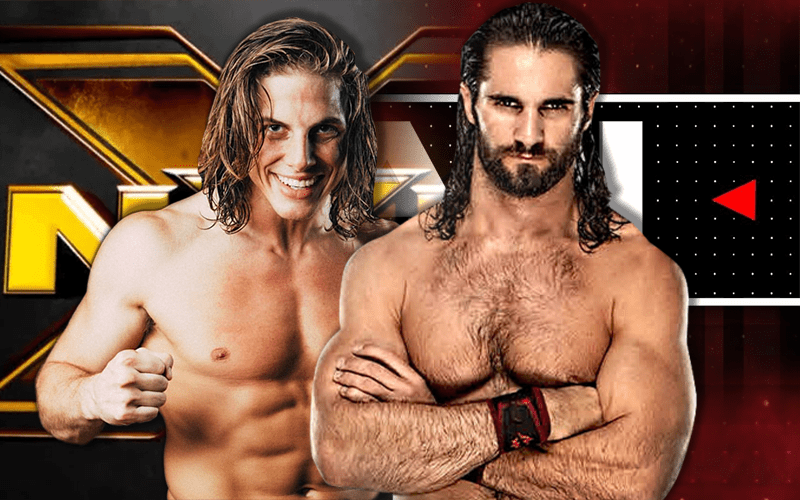 WWE Intercontinental Champion Seth Rollins has just concluded an interview livestream over on WWE’s Facebook page as part of his employer’s relationship with Xfinity. During the stream, Rollins addressed multiple questions on memories, future opponents and hobbies. We have compiled a list of the major questions and responses below:

What is the hardest thing for him about being on the road:

“Probably all my relationships. I don’t just mean my romantic relationships. I mean, you know, your friendships, you miss a lot of birthdays, you miss a lot of holidays, your family…stuff like that. So, you know, you spend a lot of time on the road, and a lot of time being self-centered in this job. That’s kinda the way it is. Just to be successful and reach a certain level- being that elite on this level, traveling all the time, you have to sacrifice a lot relationship-wise. So that’s probably it for me.”

What would he do if he wasn’t a WWE Superstar:

“Oh, a bum. I’ve got no other talents, man! I got nothing else. I don’t know. You know, [if] you asked me that when I was eighteen I might’ve had a better answer for you, but at thirty-two this is all I’ve done, this is all I know. So, yeah, maybe I [would] open up a coffee shop somewhere on an island. Serve the Islanders some coffee or something like that.”

Where does he find inspiration for his gear:

“I just see something that kind of peaks my interest, I guess, you know? Whether it is a Knight King from Game of Thrones or Thanos or some sort of pop culture reference or sometimes you know, you look at the Tronish gear from SummerSlam from a couple years ago. I didn’t really want to have a Tron-themed gear, but I liked the design and the kind of futuristic look of it, so I wanted to change it up. So it’s whatever hits me in the right spot at the right time, I guess.”

Which of his hobbies he would pursue into a career:

“Probably fitness. I mean, I could sit around and play video games all day and I just did a thing with a Twitch celebrity the other day at Full Sail. I did this thing with imaqtpie where we played League of Legends all day long. That sounds great, but I feel like I would just get real fat and out of shape so for me, I would probably do something with fitness. People seem to dig me working out, so maybe something like that could happen in the future. Who knows?”

Who is his role model:

“You know what? I’ve been fortunate enough to meet a lot of my heroes over the years, and they’ve all been pretty cool. I think the people that I look up to, though, are the ones that are close to me. My dad and my step-dad have both been awesome, fantastic role models in my life. They still both set great examples for what it is to be an awesome dude, so I’d have to say dads- the two of them.”

“I know he’s new, but Matt Riddle. I think, you know, he is someone who is super talented. He’s got an interesting skill set, a different style, and I’m always intrigued by styles. I’m someone who I feel like I could have a good match with anybody. I’d like to see how Riddle and I spar out and kind of mesh together.”

What is his own favorite WWE moment:

“I’ve had some really cool ones, and it’d be easy to say the cash-in at WrestleMania 31, but I’m gonna go with taking a helicopter into the 02. That was a pretty sick thing to do. To go right off the ladder to Cardiff, get in the chopper, jump over the whatever body of water that was and you come right into 02 on a helicopter with Roman and Dean, and going to the ring to wrestle The Undertaker. It doesn’t really get any cooler than that.”

What are his thoughts on Mysterio being back with WWE:

“Stoked about Rey Mysterio being back! I had the privilege to be in the ring with him before he left last time a couple of times, and he’s really fantastic. He looks like he’s in the best shape he’s been in in a long, long time. I watched his match with Nakamura on SmackDown 1000 last week, which was just fun to see Rey back in the ring. That was only the tip of the iceberg. Maybe it’s he and I in the finals of this World Cup tournament. Who knows? I’d love to be in the ring with Rey Mysterio.”

Who he’d like to face that he hasn’t got to yet:

“AJ Styles is an obvious one. Shin, as well. But I think AJ is at the top of my list. You know, we have wrestled but that was ten years- over ten years ago was the last time we had a singles match. Obviously, both of us have changed so much over the years, I think. It’d be very interesting to see what it would look like one-on-one with AJ Styles.”

What is his favorite moment of The Shield:

“Oh gosh! There’s too many, man! We’ve had so many- I think one of them that stands out that was special to me was the night we all had the Championship in the same night- which was Money in the Bank. It was my first PPV match after I returned from my injury. Beat Roman Reigns and then Dean Ambrose cashed in on me. Obviously, I would have liked to have held onto that title a little bit longer, but at the end of the day, I think that’s a crazy stat to think that all three Shield members were the World Heavyweight Champion within seconds of each other. To be able to share that with these guys, we kind of reached the mountaintop together, and I think that was Ambrose’s real first real World title, so that was a special moment to be able to do that for him.”

If he could wrestle anybody from past or present, who would it be:

“Shawn Michaels, that’s an easy one. The Heartbreak Kid- easy guy, I’ve always wanted to wrestle. He’s been my favorite wrestler for as long as I can remember now, and he’d be one that- and maybe it’s possible now that he’s getting back in the ring, but who knows? But he’d be one I’d love to have a match with.”

What is his dream WrestleMania match:

“I still think my dream Mania main event is probably a triple threat with Roman and Dean, you know? There’s just so much history there to really get- put the spotlight on us, and could be a nice feather in our cap for everything we’ve done over the past five or six years.”

Who do you want to see Rollins face most? What is your own dream WrestleMania match? Let us know your thoughts, opinions, and reactions in those comments below.