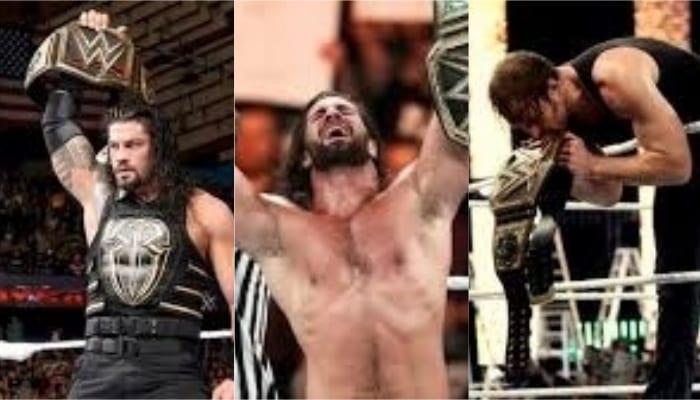 Money In The Bank 2015 was an interesting night. Roman Reigns walked into the event as WWE World Heavyweight Champion and he defended his title against Seth Rollins. But as Rollins defeated The Big Dog, Dean Ambrose who won the Money In The Bank Briefcase previously in the night came down and cashed in his contract to capture the championship from The Architect.

Rollins recently spoke on a Facebook live Q&A where he discussed how cool it was to have that kind of accomplishment in WWE as the Hounds Of Justice are back together (for the time being). He was asked about his favorite moment in the ring, and MITB 2016 stood out in his mind.

“I’ve had so many, I think one of them that stands out that’s special to me is the night we all had the championship which was Money In The Bank. It was my first pay-per-view match after I returned from my injury. I beat Roman Reigns and then Dean Ambrose cashed in on me.”

“Obviously I would have liked to have held onto that title for a little bit longer but at the end of the day. I think that’s a crazy stat that all 3 Shield members were World Heavyweight Champion within seconds with each other and to be able to share it with those guys to kind of reach the top together. I think that was Ambrose’s real first World Title so it was a special moment to be able to do that.”

Only time will tell if WWE could pull a repeat of that booking strategy, after all, Roman Reigns is currently holding the Universal Championship. It might not take much for them to be able to pull off a similar storyline. But they have plenty of time until Money In The Bank rolls around again.