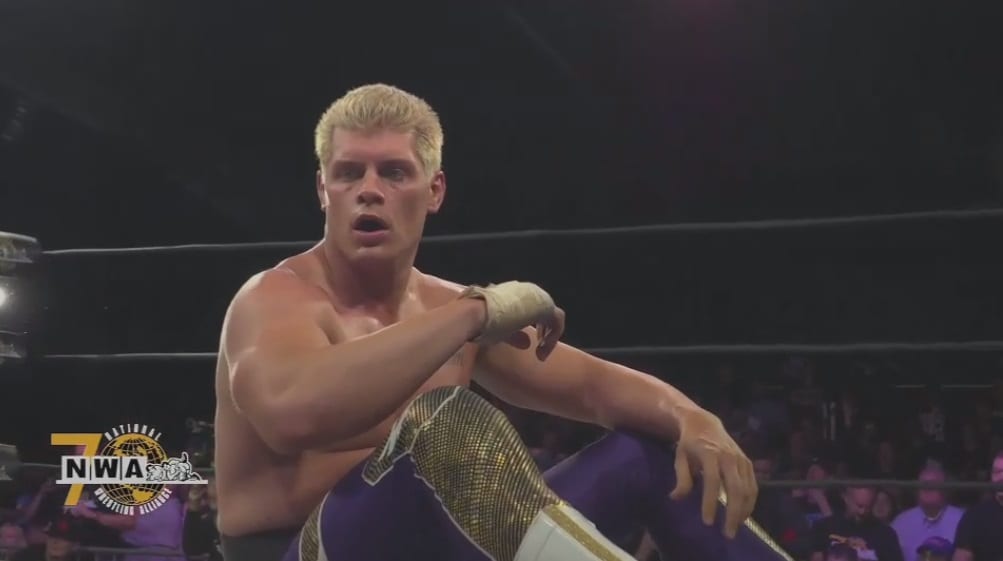 The NWA World Heavyweight Champion became Cody Rhodes’ prizes possession at ALL IN, but he was set to defend it once again against the man who he took the title from at NWA’s 70th Anniversary show. It was a 2 out of 3 falls main event, and both men gave it their all.

The first fall went to Aldis as Cody tapped out to the cloverleaf as soon as the move was locked in to save himself from further damage. Then they fought through the crowd and got a little hardcore. Aldis took a bump through a table as Cody moved and then Rhodes hit a Crossroads to even it up.

After the table bump all it took was a Crossroads and it’s all tied up #NWA70 pic.twitter.com/Dd6kBJbPWu

The two fought until they were exhausted and then the 3rd fall started off by stealing each other’s finishers before Aldis pulled Cody’s boot off and then Rhodes tried to roll him up for a pinfall. But Aldis shifted his weight and got the 3 count.

We have a new NWA World Heavyweight Champion and fans are just as shocked as Cody- #NWA70 pic.twitter.com/ZsKb1rTqz0