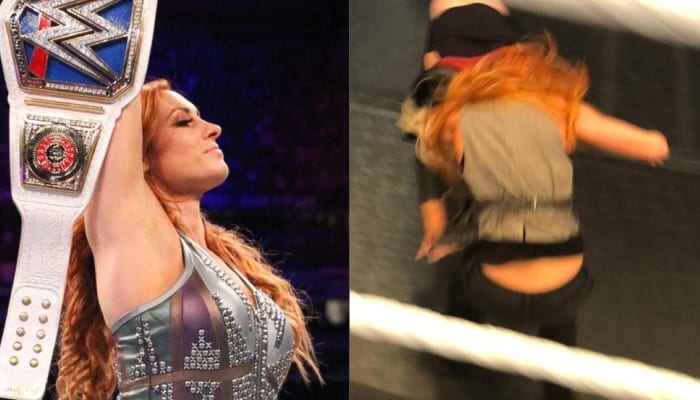 Becky Lynch is the current SmackDown Women’s Champion and ready to defend her championship at all costs. She’s adopting a bad girl gimmick where she’s getting cheered for taking charge and standing up for herself.

There was a brawl at the WWE Performance Center yesterday morning which we previously reported on. Although the update said WWE officials were looking into the situation, it doesn’t sound like Lynch is worried one bit.

The Lass Kicker commented saying: “Investigate? You dopes better call Mulder and Scully then because the champ is out of this world.” Not only do we have to give her props for looking head-on into an investigation against her actions, but the X-Files reference was also much appreciated.

Only time will tell what kind of decision WWE officials come to or if anything happens at all due to this WWE PC scuffle. But Becky Lynch certainly doesn’t appear to be worried about the outcome because she’s still the champ.

Investigate? You dopes better call Mulder and Scully then because the champ is out of this world. https://t.co/pjEtsrih2G