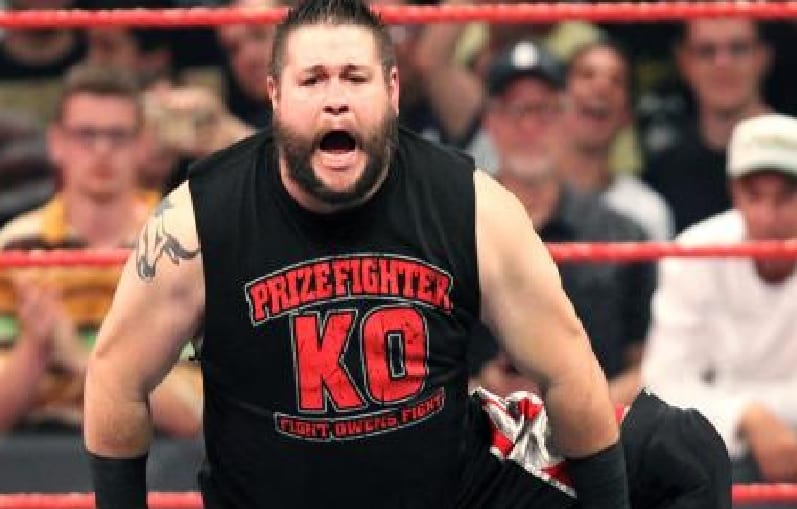 Kevin Owens was recently taken out of action when Bobby Lashley turned heel and wrapped both of his legs around the ring post in a post-match beatdown while Lio Rush cheered him on. He had to get a double knee surgery and now it’s just a waiting game until Owens’ return.

The Wrestling Observer Newsletter stated that Owens has already started rehabbing his injury to get back to the ring, but it still might not help him make it to WrestleMania.

His projected return timetable would place him back in the ring by late-February or early March but there is also a thought that he might return during April (at the worst). However, these return times are rather uncertain and given the fact that there seems to be a 2-3 month approximate return time window for Owens’ return it puts Mania at risk.

It was noted that the WrestleMania show is usually booked by the time Owens would need to come back and start his road back to his former spot on the roster. While the hope is still that KO will be able to return in time for WWE to “book him in something significant on the show,” it can be a challenge especially for guys in Kevin’s place who come back in March because they are often just saved to start back up after WrestleMania.

Only time will tell if Kevin Owens will be able to return earlier or later than expected, but he’s certainly going to be working hard in order to make this a non-issue and return as soon as possible. Good luck, Kevin.