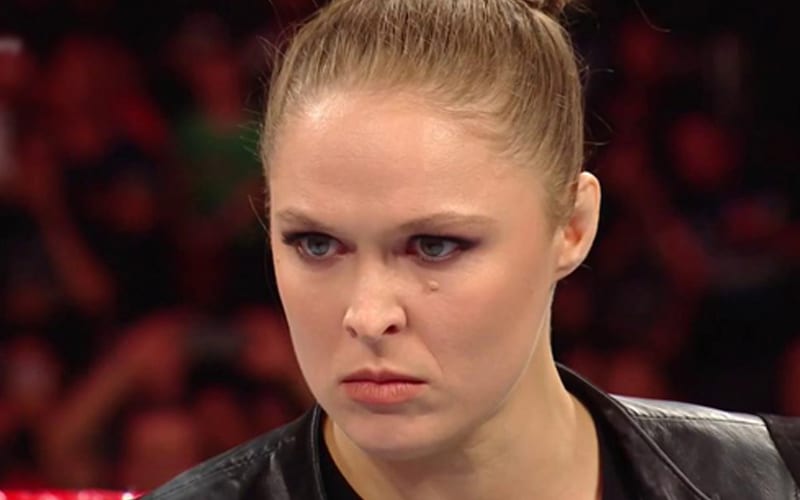 Ronda Rousey could become the next big star of E!’s Total Divas.
Dave Meltzer reported in the latest issue of The Wrestling Observer Newsletter that those within WWE are talking about approaching Rousey to become a regular cast member after the recent decline in ratings for the show. Rousey has not been approached as of several days ago but that could have changed.
Meltzer believes that if they do bring her on for the series, several aspects of the show may have to change.

“It’s a smart move in that it ups the profile of the show, but they’d probably also have to change aspects of the show. Some of the aspects like the scripted issues could say, but a lot of the show is still about setting up gratuitous bikini shots to promote the next episode during the regular shows, and while Rousey has done her swimsuit modeling in Sports Illustrated, that feels like the wrong fit with the character she portrays on the other shows. Then again, they had Lana as Russian on the regular shows and not Russian on Total Divas so in a sense they are seen as separate worlds.”