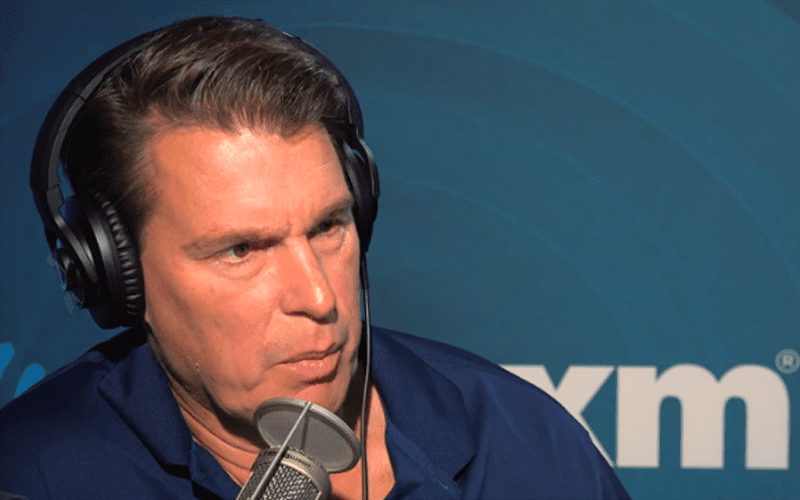 Following his controversial comments on FOX Business, former WWE Champion John Bradshaw Layfield took to Busted Open Radio to discuss in depth why he has been defending WWE over the Crown Jewel situation, which is set to take place in Saudi Arabia on November 2.

To open the interview up, Layfield clarified why he made those specific comments on FOX Business.

“You look at what happens when you don’t do anything. You look at Cuba. Cuba, for over fifty years, over half a century has just impoverished an entire country because nobody wanted to deal with them. It’s mainly because to keep the vote as a swing vote in a swing state of Florida- so politically, nobody wants to mess with Cuba.

“You look at something like Russia or you look at something like China, where you actually allow free markets to go in there and you haven’t seen the change that I think we in the western world would probably like. [They] still have a bit of a dictatorship. Some people would say more than a bit of a dictatorship, in Russia and in China, but you’re seeing change come there.

When asked if he would make the trip as a full-time wrestler to Saudi Arabia for the Crown Jewel show to compete, Layfield revealed he likely wouldn’t want to go, but not for reasons you’d expect.

“Oh yeah, because I wouldn’t want to fly that far. I’m- not because of Saudi Arabia. I just wouldn’t want to get on an airplane. We almost had that plane crash, so- in Russia, where we went to Seoul, Singapore and then Perth, Australia, back to back. It was the worst trip of my life.

“In fact, right before that, the plane almost crashed. Ric Flair looked at me and he said ‘this is the worst flight I’ve ever been on.’ He’s been in a crash where somebody was crippled, so you know- I digress.

“I digress on purpose, because look- if you’re one of the performers, I can see not wanting to go for travel reasons. I can’t speak to any of their motives as far as what they believe by what happened to Mr. Khashoggi in the Turkish embassy.”

Layfield was asked whether wrestlers in WWE as independent contractors have the right to say that they aren’t going to the show in Saudi Arabia.

“Absolutely, and I wanna make it a point here that I’m not the company spokesperson on this. I, that- people said I’m toying the company line. I don’t even know what the hell the company line is. I was asked a question on FOX about this, and I was also asked this morning the same thing about WWE going, in my opinion. This is only my opinion about going.

“There were people that didn’t necessarily agree with the 9/13 show two days after 9/11 in Houston and Vince made it very clear.[that] if you don’t wanna be here, not an issue. There’s no repercussions, there’s no- there won’t be any fall back from this. That is simply your choice. I think that would be the same with Saudi Arabia.”

There is no denying the massive negative publicity WWE has had in regards to the upcoming Crown Jewel show. From a segment on Last Week Tonight with John Oliver to senators, fans, media outlets and even WWE Superstars themselves, WWE can’t seem to get much positivity out of the event, which they have been promoting for some time now. Layfield comments on the matter.

“I think it’s horribly unfair. I mean, you look at what’s going on in the world right now. Russia has this novichok poison that they are the only ones who have ever manufactured it. They obviously killed this guy in the U.K., they’ve poisoned another- several guys have been poisoned. It’s obviously Russia. You still have the World Cup there. People are not boycotting the World Cup.

“Look at what is going on in China- and by the way, sixty-five reporters last year were killed globally around the globe right now. Not to diminish what’s happened. This is a direct violation of the magnitsky act which means- it says that the U.S.A. has to put some type of sanctions upon Saudi Arabia, which they should. They should deal with the issue.

“But you look at what is going on with the Uighurs in the Xinjiang province in China, what’s going on with the Tibetans in China…the human rights violations. Yet you go [have] The Olympics there and people say ‘oh, this is so great! Everybody is going to China!’

“You can’t change certain things by simply not going. WWE, from what I understand, has a contract with Saudi Arabia. WWE, to me, if you want to promote change, let these guys go. Look what happened in Abu Dhabi, when they’re chanting ‘this is change.’ You wanna get something changed, you send sport. Look at what happened with- when Pee Wee Reese puts his arm around Jackie Robinson. That did more for racial relations than the United States through sport.

“Now I don’t think the WWE is going there to change the world. I think they’re going there to fulfill a contract. I think changing the world is something they tried to do with the presence we had in Iraq in uplifting our soldiers and the armed forces. But to me, as seeing it from a macro picture, I think it’s the right thing to do.

“And I think it is unfair, to get back to your question, the way WWE is treated because nobody else is treated like this. You didn’t do this with the World Cup, you didn’t do it with The Olympics, but all of a sudden you’re going after WWE.”

On the notion that many would go after WWE as opposed to the World Cup or The Olympics, Layfield believes WWE is seen as easy fodder to them.

“These senators that wanna wrap themselves in this BS flag waving and all of a sudden become patriotic want to go after somebody that has- so they can improve their approval ratings, is what it is. So these senators go after WWE because it’s red meat to their base.”

Finally, Layfield reveals whether he believes WWE Chairman Vince McMahon would have ever considered, or may still be considering putting an end to the show, or even postponing it.

“Oh, absolutely. I think he considers all options. You know, Vince likes people who dissent from his point-of-view. Vince likes hearing that. He doesn’t like yes men around him. So I think Vince certainly looked at this option. I don’t know what he is going to decide, I don’t know if he’s gonna decide to go or he’s gonna decide not to go. My belief is that they probably go, but that’s just my opinion and my belief is that they should go, but yes, I think he has considered that.”

What is your take on these comments? What do you agree and disagree with? Let us know your thoughts, opinions, and reactions in those comments below.

Please credit Ringside News if any of the quotes above are used.