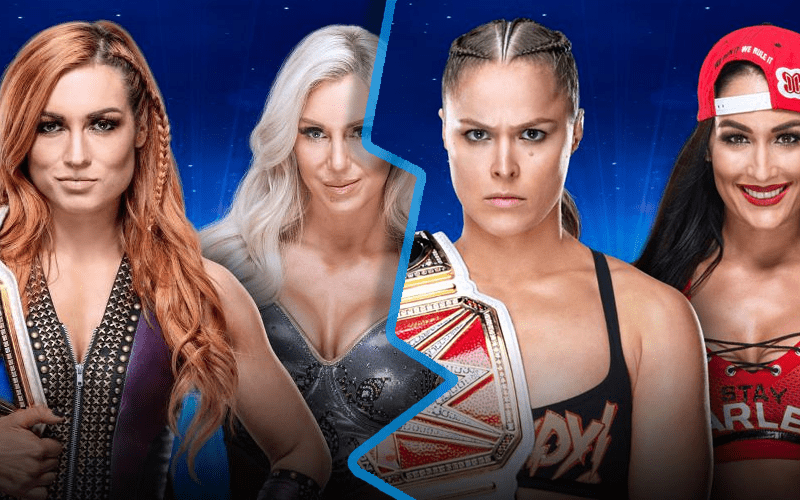 As seen on Sky Bet, the early betting odds for both of the main roster championship matches at WWE Evolution have been released.

The historic all-female show will go down in Long Island next weekend, with many fans having mixed views on the current state of the match card. Some believe that it utilises the past and the present perfectly, whereas others feel as if the thrown together nature of the Battle Royal is a bit of a let down.

In terms of the title bouts, though, Ronda Rousey is the overwhelming 1/8 favourite to retain her Raw Women’s Championship against Nikki Bella (9/2). Over on the blue brand, Becky Lynch is the 3/10 favourite to defeat Charlotte Flair (12/5) in their Last Woman Standing match.

These odds won’t come as much of a surprise to many, but some fans were worried that Flair would re-capture the title from Lynch given that she’s the ‘babyface’. Alas, with that being said, even if Charlotte does end up winning the strap we could be in for some kind of double turn – similar to Bret Hart vs Stone Cold.

For Rousey vs Bella, however, the match is certainly gaining some interest even if the WWE Universe isn’t unanimously pleased about it.

WWE Evolution has a lot of pressure on its shoulders to produce a great show, especially given just how stacked WWE Crown Jewel is going to be. Either way, though, keep an eye on these odds to see whether or not they shift in the next ten days or so.