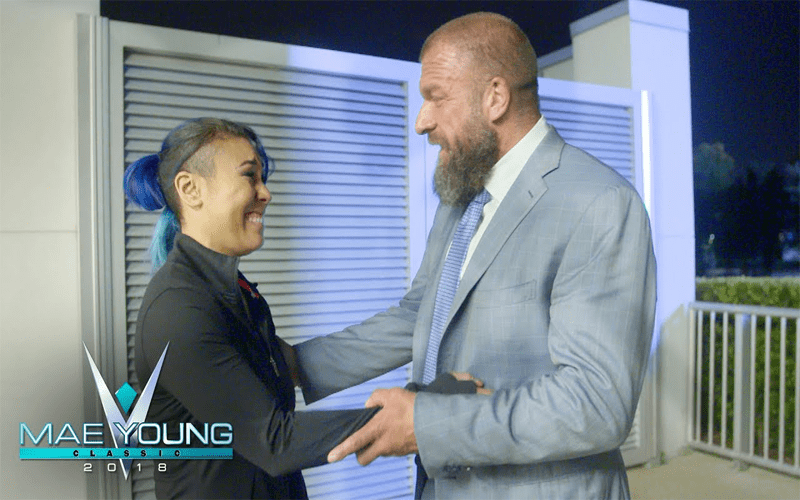 We recently revealed that Mae Young Classic standout Mia Yim had signed with WWE, and has now started making the rounds at NXT live events.

Prior to coming to WWE, Yim made a name for herself through the independent circuit, working for Impact Wrestling as a member of The Dollhouse as Jade for a period of time, alongside Marti Belle, Awesome Kong, Rebel, and Taryn Terrell.

Following her latest bout, WWE took to their YouTube account to share an exclusive clip showing the moment she learned via Triple H that she was being signed to WWE’s developmental brand.

You can take a look at the entire clip below:

Yim also made her contracted debut for NXT on-screen at the latest NXT tapings. To find out more information on her appearance and what happened throughout the tapings, click here.

Are you excited by Yim’s signing? What matches are you looking forward to seeing her involved in? Let us know your thoughts, opinions, and reactions in those comments below.