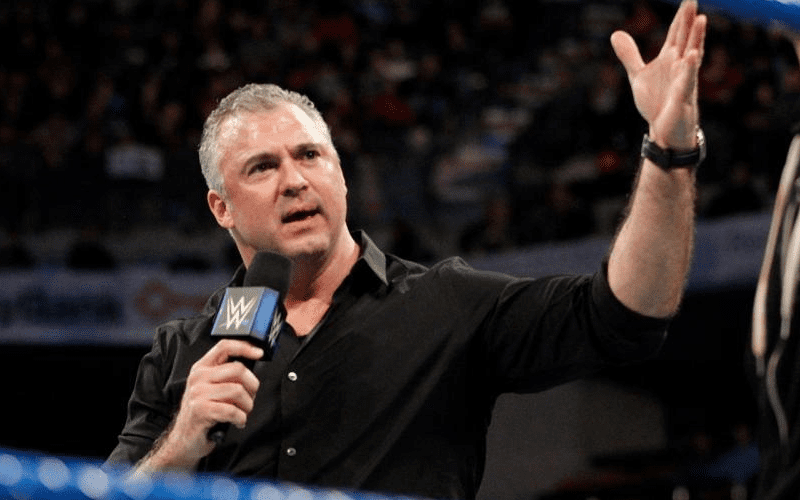 According to PWInsider, Shane McMahon’s return at SmackDown 1000 wasn’t just a one off and did indeed serve as his official ‘comeback’ appearance.

Shane had been absent from SmackDown Live for a few months prior to Tuesday, allowing Paige to take the reigns as the general manager. Now, however, it appears as if he’s going to be back on a more permanent basis.

The report suggests that McMahon will indeed be involved in storylines over the course of the next few weeks and potentially months, which indicates that he could maybe even get back in the ring at some point in the not so distant future.

Shane has been involved in a handful of bouts ever since returning in early 2016, with his last contest coming at WrestleMania 34 when he teamed with the returning Daniel Bryan to defeat the team of Kevin Owens and Sami Zayn.

The WWE Universe seems to be split down the middle when it comes to Shane-o-Mac getting back inside the ring, with critics believing that the 48 year old has nothing more to offer inside the ring. Others, however, always love seeing what the daredevil commissioner is going to do next.

Whatever happens, regardless of whether it’s in a wrestling capacity or not, Shane’s energy on screen always seems to be infectious and that can only be a good thing. Who knows, maybe he’ll even make some kind of appearance at the upcoming Crown Jewel event – because god knows they could use some good publicity for that show.