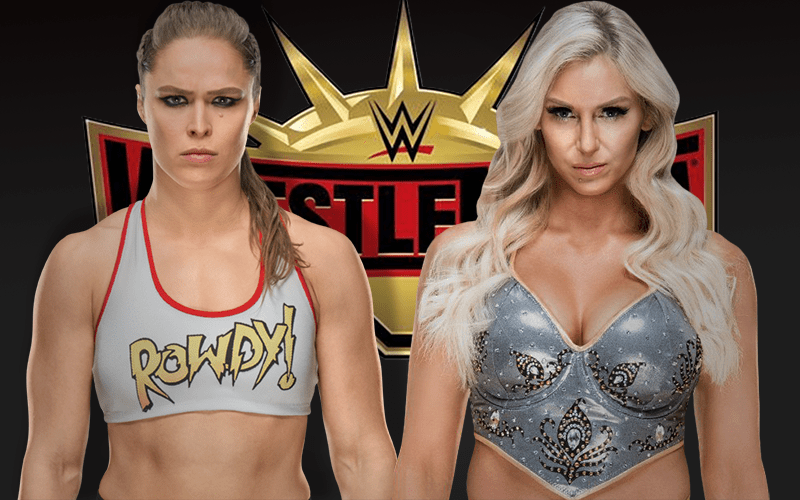 WWE likes to book their biggest storylines for WrestleMania and then work backward to a beginning it seems. But at this point, it doesn’t seem like they’re going much of anywhere because the main event for Mania might not even exist yet because they haven’t created it.

The Wrestling Observer Newsletter said that the idea of Ronda Rousey vs Becky Lynch for WrestleMania’s main event was an idea and could very well still happen… but the fans haven’t been lending much confidence to that decision at this time. It was said that due to her storyline with Becky Lynch which seems to have hurt Flair in a way, the big match against Rousey might not happen.

Of course, for this match to become a reality — somebody’s got to switch brands or at least jump over for the program. But it looks like WWE might still be going back to the drawing board when it comes to how they’re going to book their biggest angles for WrestleMania 35.

Of course, WWE can do whatever they want to because it’s Vince McMahon’s show and we’re just along for the ride. So only time will tell how WWE ends up getting over this issue or making some changes — but they still have a little bit of time before something really needs to be figured out.

News Tip
wpDiscuz
46
0
Would love your thoughts, please comment.x
()
x
| Reply
You are going to send email to
Move Comment