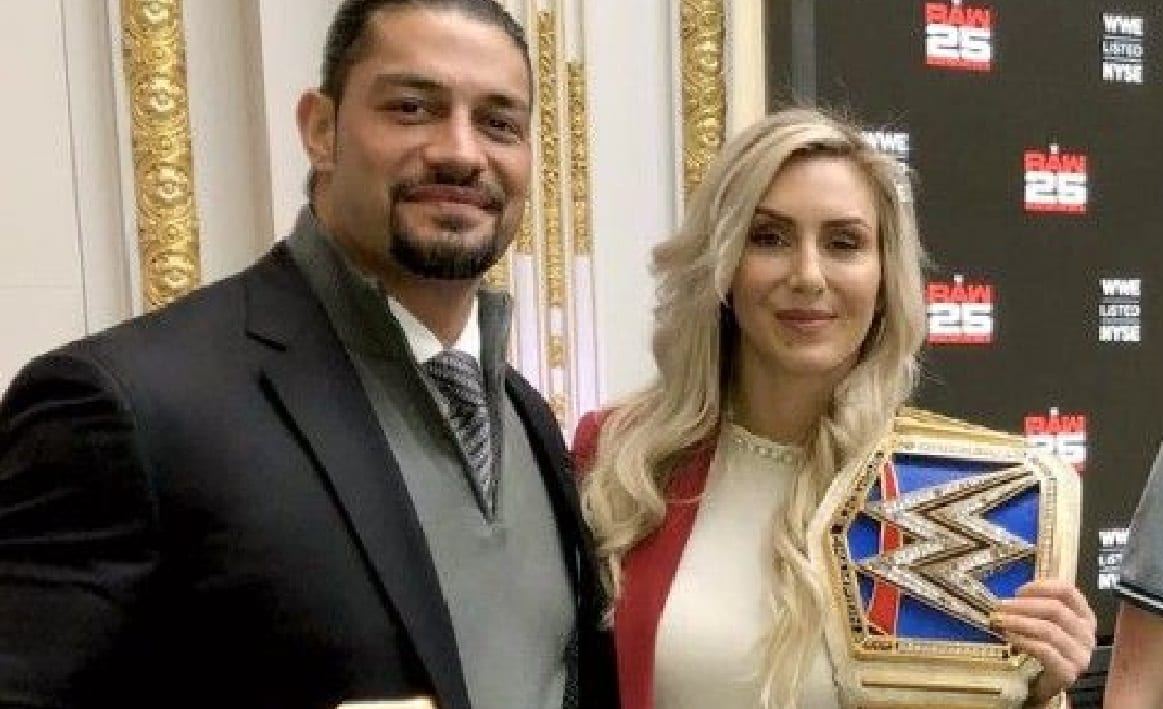 Roman Reigns and Charlotte Flair are both people who can draw a fair amount of boos depending on what crowd they’re wrestling for. But, for all intents and purposes, they’re supposed to be cheered.

Flair recently spoke to ComicBook.com where she discussed the idea of being compared to Roman Reigns and she didn’t seem to mind it at all. In fact, she seemed to take it as a huge compliment.

“I think if I am being compared to him. I’m honored. I look at him as a toy guy. He’s main evented WrestleMania — what? 3 years now, in a row! He absolutely works his butt off and always has to be on his A game. That’s a lot, a lot of pressure.”

“To be considered one of the top stars for the company, that’s my main goal. So yeah, that’s extremely flattering. I stil feel like I have a long way to go, but if I could be like him, heck yeah.”

At this point, Flair is set to face Becky Lynch for the SmackDown Women’s Title at Evolution and it could always go her way. After all, we don’t have any other Last Woman Standing matches to compare it to in WWE so it could go either way. But as Flair continues her career, she obviously has no problem being compared to someone like Roman Reigns because The Big Dog is continually on top of the card as well.