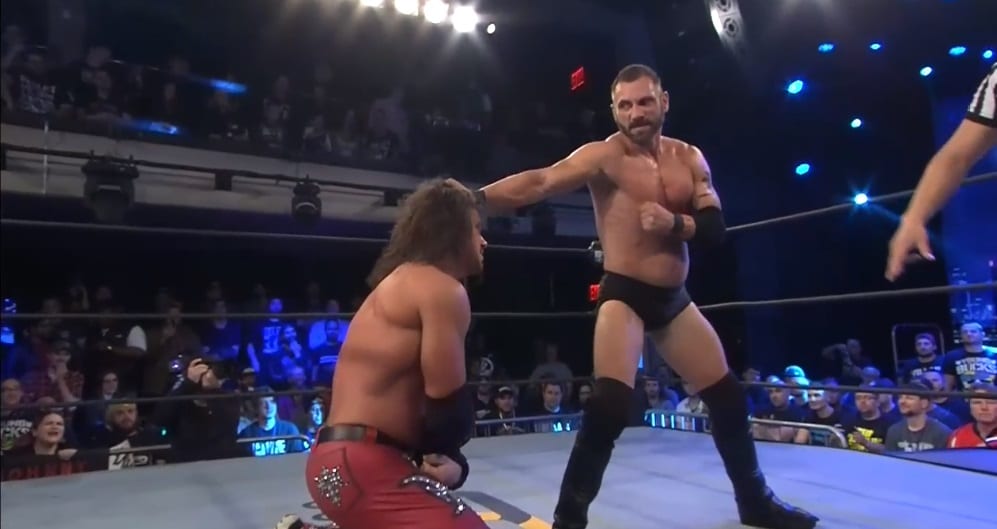 Austin Aries’ status with Impact Wrestling seems to be a big talking point. It’s really unclear what is going on and rumors are that the whole situation is a “worked shoot” as reported via Barnburner Radio. But for whatever reason, it looks like Aries and Impact Wrestling are parting ways.

Mike Johnson, who was present at the Impact Wrestling tapings and heard backstage talk briefly discussed what he heard about the Austin Aries situation on PW Insider Elite audio update which was posted last night due to the fact that he had to get back and situated after attending the tapings.

“Before anyone asks what’s going on with Austin Aries, I don’t have a clear-cut answer on that yet.”

“I was at last night’s Impact taping he was not there in any shape or form.”

It’s important to note that Petey Williams who is a producer in Impact Wrestling said that Aries’ contract with Impact Wrestling is done. It’s not 100% clear what that means at this time whether or not his contract expired or it was terminated. But he is said to be out of the company at this point.

Only time will tell what will happen when it comes to the Austin Aries situation but we will report on credible sources and let you draw your own conclusion until something definite comes out from either side.