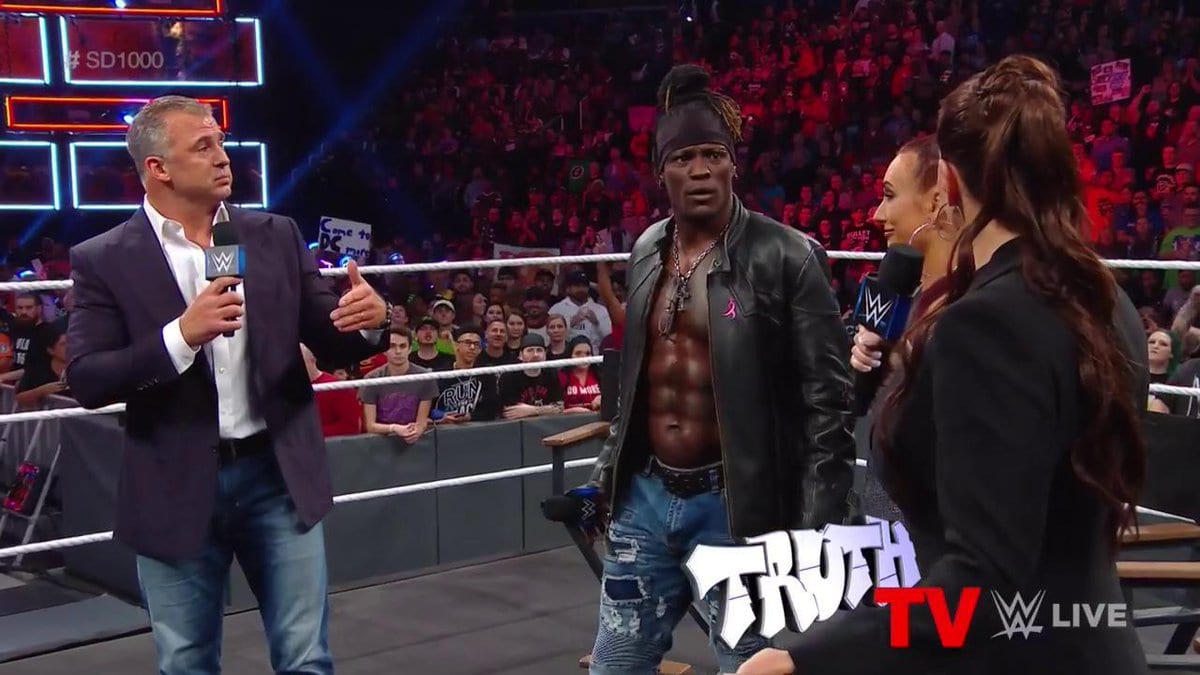 SmackDown LIve kicked off with Truth TV and a couple of dance breaks. Then Stephanie McMahon walked down and she was in rare form. But she didn’t get far until Shane McMahon’s music hit and he came dancing to the ring himself.

Shane McMahon told Stephanie “welcome to the A-Show” and Stephanie said that Raw was older, so it’s better because it’s been around longer. She said they would never kick off Raw with Truth TV which got “Truth TV” chants from the crowd.

Suddenly, Vince McMahon himself came strutting out to receive praise from the live crowd as he strutted to the ring. The crowd loved singing his song as Mella looked ecstatic to be in the ring for the segment. Vince told his kids to stop fighting because the fans want to be entertained. The only question is how will they entertain them.

The crowd started chanting “what” and Steph said it wasn’t needed because Vince had his hearing aid in.

Then Vince called for a dance break and everyone danced the opening segment away.

You heard the boss…