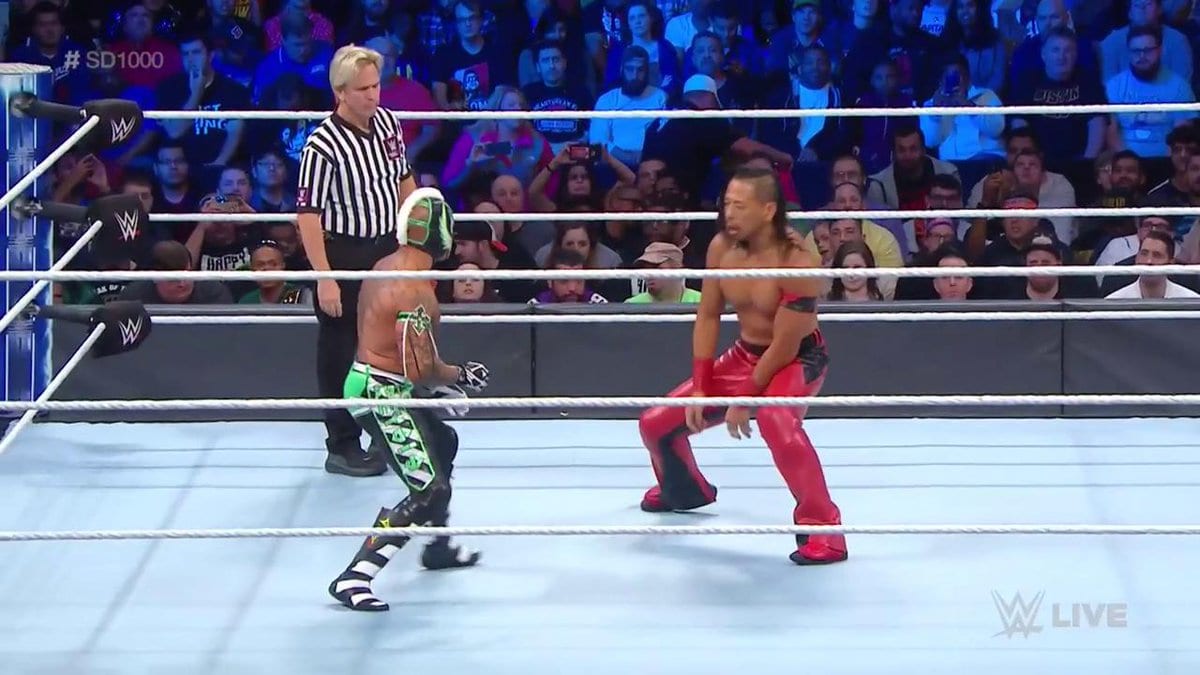 Shinsuke Nakamura was the perfect first opponent coming back for Rey Mysterio, especially a heel Nakamura. Everyone was excited to see Mysterio make his entrance, but as soon as the bell rang, the action was stiff.

The LEGENDARY @reymysterio is BACK on #SDLive, and he battles @ShinsukeN for a spot in the #WWEWorldCup tournament to determine the best in the world at #WWECrownJewel…NEXT on #SD1000! pic.twitter.com/V0lvckhAoY

These two were battling for a place in the World Cup tournament at Crown Jewel  Nakamura avoided a 6-1-9, but he soon ate a splash out of the ring as Mysterio slid under the bottom rope to receive “you still got it” chants from the Washington DC crowd.

Nakamura played a great heel to Mysterio’s innovative offense and it was like Rey never left. Nakamura was able to do his moves and Rey sold like a champ if only this match was for Nakamura’s US Title instead of a shot at Crown Jewel. But all the while, Mysterio was able to pop off with his own brand of offense.

But in the end, Mysterio nailed the 6-1-9 and a splash for the win to secure his spot in the World Cup at Crown Jewel. Of course, Mysterio didn’t get to celebrate long because The Undertaker soon emerged to close out the show.