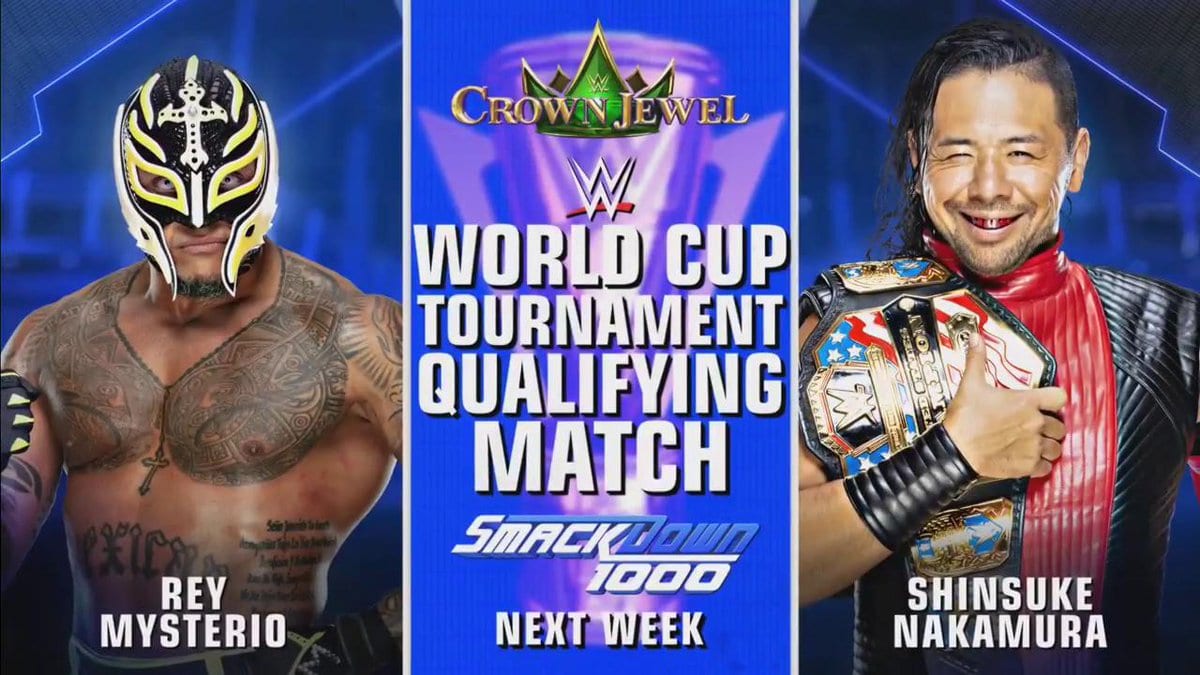 The Crown Jewel event has been getting a lot of press for the wrong reasons but it seems one of the biggest attractions for the event besides the return of Shawn Michaels is the World Cup Tournament.

Now with the show coming up soon, we have all of the places locked for the big World Cup Tournament to determine who the best is in the world. So now the final list is John Cena, Kurt Angle, Randy Orton, Jeff Hardy, Dolph Ziggler, Seth Rollins, The Miz, and Rey Mysterio.

John Cena got the spot because he’s Cena, Kurt Angle became a Conquistador and won by duping Baron Corbin, Randy Orton defeated The Big Show in Show’s first match back in a long time. We saw Jeff Hardy secure a spot and then Seth Rollins and Dolph Ziggler secured their spots on Raw this week. Of course, Rey Mysterio made his WWE return to defeat Shinsuke Nakamura to get his spot this week on SmackDown 1000.

Only time will tell who ends up winning this thing in Saudi Arabia, but Crown Jewel is going to be a great event in terms of the talent involved in the World Cup tournament.