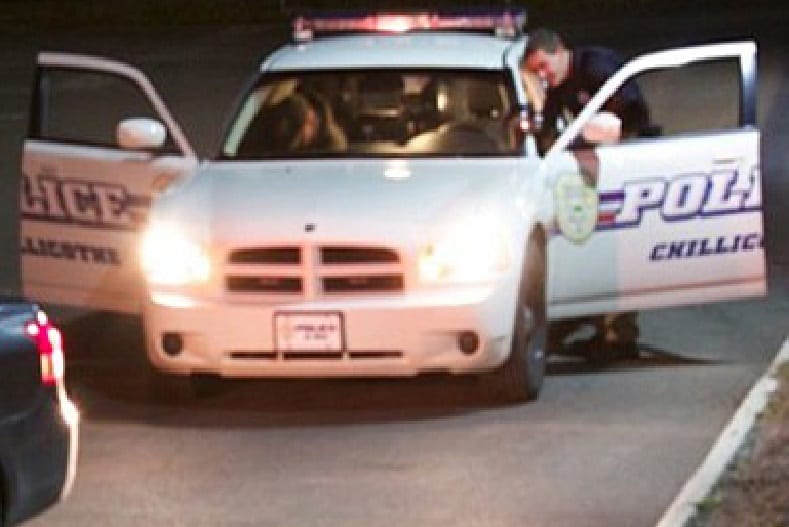 Ringside News has obtained portions of the police report courtesy of Mike Throne of the Chillicothe Gazette concerning the indie wrestling show where fans got way too involved on Saturday night, and it reveals some interesting notes.

Chillicothe Ohio Police were called out on October 13th after they received a call that “multiple subjects started fighting players that were in a match” from the dispatcher. We have transcribed the report using initials to protect the identities of those involved, including the venue of the event which you can read below.

“I was dispatched to TK (the venue), in reference to a disturbance. Upon arrival, I made contact with JO, DM, and BA who stated they were involved in a wrestling tournament when several subjects in the crowd began causing problems. They stated 2 white males and a black male began cursing and yelling at the wrestlers in the ring. JO stated the wrestlers were yelling back, as part of the show. JO stated the 3 males climbed into the ring and began assaulting the wrestlers. JO, DM, and BA stated they attempted to removed the subjects from the ring and while doing so, were all assaulted.”

“JO stated he was pulling one of the subjects off of a wrestler and was struck in the back and right arm by another. DM stated he removed one subject from the ring and the male struck him in the face. BA stated when he was attempting to clear the ring, he was struck by one of the males 3 times in the side of the head. I did not observe any red marks or signs of violence on all three victims. I was provided a cell phone video recording and observed the 3 males in the ring striking several subjects. JO stated he would provide me with the video at a later time. JO, DM, and BA were provided statement forms which they filled out and returned. JO provded me with a black watch which he stated broke off from one of the suspects. The watch was seized, photographed and secured into evidence.”

“The owner of TK (the venue) was contacted and the surveillance video was reviewed. The area of the incident was not recoded on surveillance. The TC owner stated the subjects were from a rehab group from Piketon. I will attempt to follow up with the group during business hours.”

It sounds like this was all an incident of a field trip from rehab gone bad. As we previously reported, our source who was at the scene witnessed 4 men jump in the ring (one wearing a panda mask) and then the wrestlers fought them off.

It is also interesting how there were no signs of violence on those who jumped in the ring when it was reported to us by a source who witnessed the events unfold that there was blood. Mad Man Pondo or his real name, Kevin Canady was not mentioned in the police report at all either.

We will keep you up to date if we receive any new information on this matter. If you’d like to check out a video of the altercation, you can see that here.