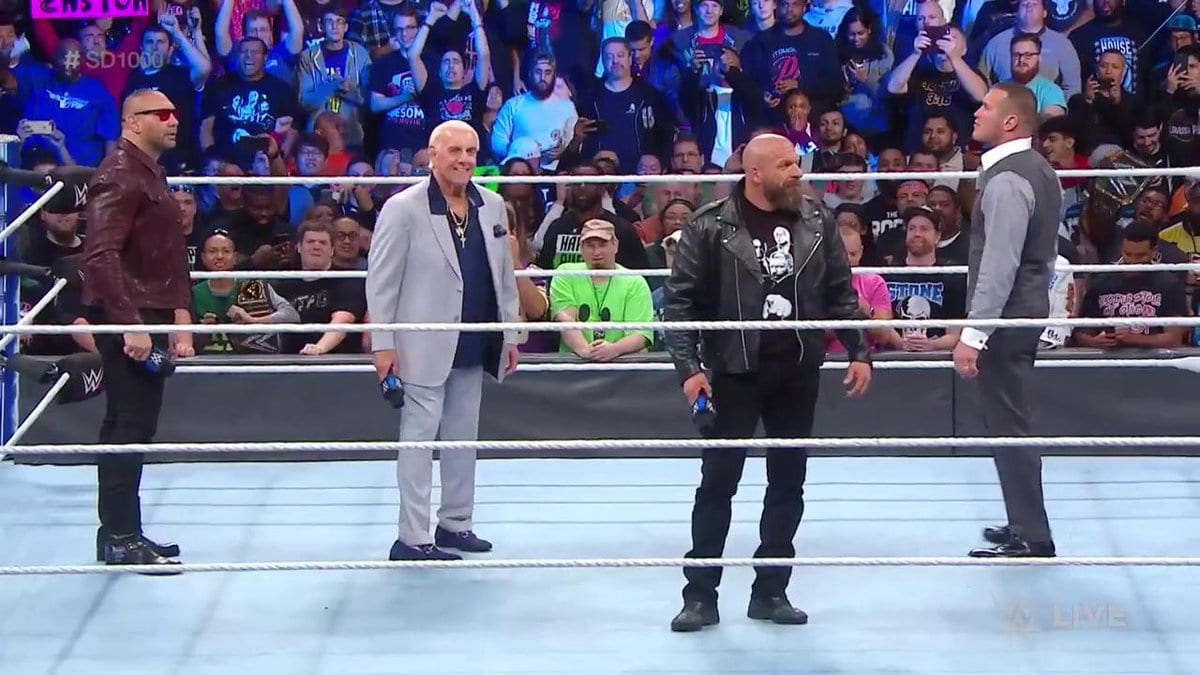 As soon as Evolution’s music hit, Triple H, Ric Flair, Randy Orton, and Batista came out like they never left. There are 49 world titles between the 4 of them at this point in their career and they took to the ring looking happy to be there. Batista and Flair especially looked elated to soak in the crowd’s electricity.

Triple H said they brought the group back together that epitomizes Evolution before Flair took the mic. He said he was more used to that “10,000 number, woooo!” of course, he was referring to his escapades.

Orton cut a promo and didn’t seem like a torture artist, and he said he was evolution. He continued to insult Flair for living off his daughter’s achievements, Batista for sitting in makeup chairs, and Triple H for running a company. He said he’s doing his thing and concentrating on himself.

Batista said he’s a little nervous to get back in the ring, but he’s going to enjoy every second of it and ignore what Orton said. Then he said the last thing he wanted to do was have the microphone in his hand. He said he had 4 things he wanted to say. 1) He wanted to be here because it’s SmackDown 1000. 2) Because Washington DC is his hometown. 3) All of the fans because he loves them and 4) His Evolution stablemates.

Batista continued to explain how special Evolution is as a stable and he ran down the line praising Orton, Flair, and Triple H. He told Ric Flair to “keep that thing in your pants, this is a family show,” and that legit cracked everyone in the ring up.

But when he got to Triple H, he had a very special thing to say. There isn’t anything Triple H hasn’t done in this business “except beat me.” The Game looked at Batista and then the two hugged to close out the segment.

Although things ended with smiles, for now, only time will tell if this segment planted the seeds for an eventual Batista return to face Triple H.

"There is nothing that this man hasn't done in this business…except beat me!" @DaveBautista just went there… #SD1000 pic.twitter.com/E7atsmfIL0