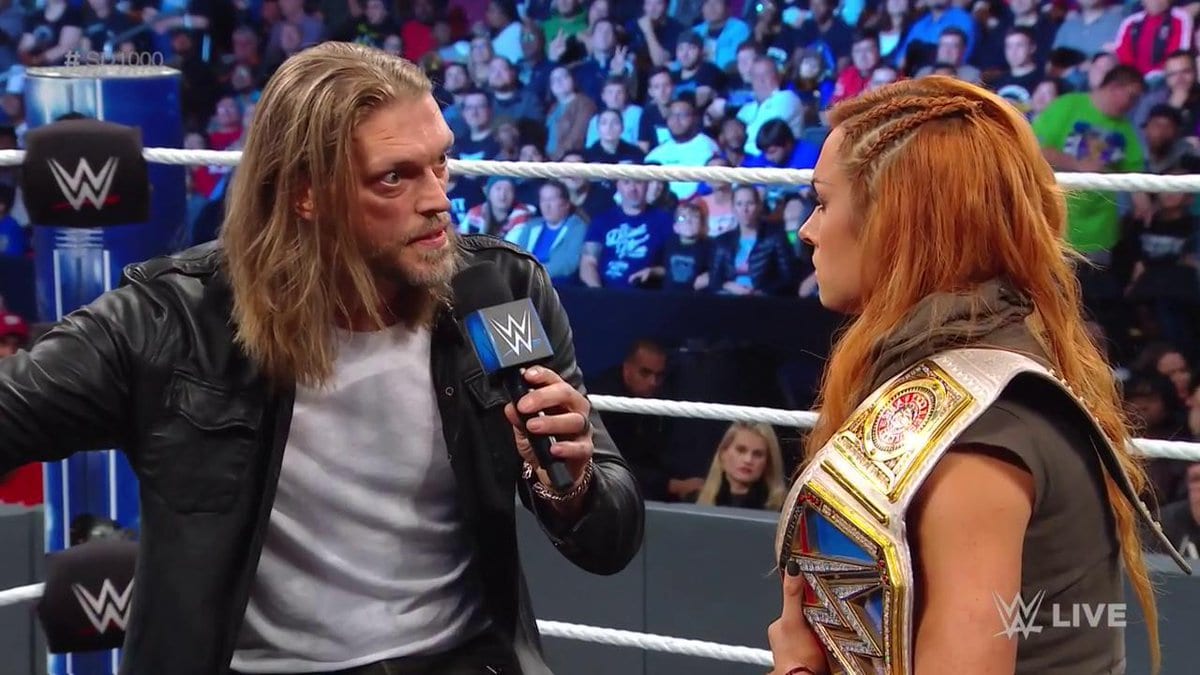 Edge returned to SmackDown on the 1000th episode of the show and hosted a Cutting Edge segment just like he used to. But he had a real reason to be back because he wanted to talk some sense into Becky Lynch.

He said that giving up her friendship with Charlotte Flair isn’t worth it and she shouldn’t step on people because he did the same and he ended up with a wall full of championships and no friends.

Then Lynch said that she doesn’t like herself, she loves herself before advising Edge to get out of her ring and not to hurt his neck going through those ropes.

Charlotte Flair came down and they were soon brawling, but Edge didn’t do anything to break them up. After all, he is retired and seems happy to remain that way. The rest of the Cutting Edge segment on SmackDown 1000 was a pull apart between Flair and Lynch because WWE does those so well.