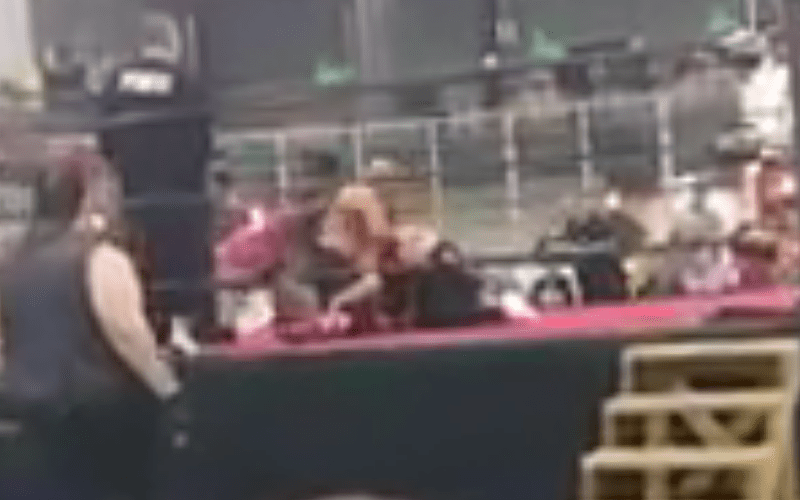 We previously reported on a melee that happened during an indie wrestling show in Chillicothe Ohio for a promotion called IWA, but now we have video to let you know what kind chaos ensued.

This event took place inside a giant indoor playground which has a separate bigger room for soccer and other games but in this instance, it hosted a pro wrestling show. As you can see, they might not get invited back after this.

For one thing, there were no guard rails to keep fans out of the action, there was also an enviroment of unprofessionalism and fans who reported to us all agreed to this.

So you can now get a look at all the chaos that broke out during Mad Man Pondo’s promo. The video started filming after the first couple fans hit the ring and were stopped by the pro wrestlers running from the back, but you can obviously see some liberties were made as to what is approperate.

At this time we haven’t heard of any charges being pressed on the matter, but we will keep you posted.