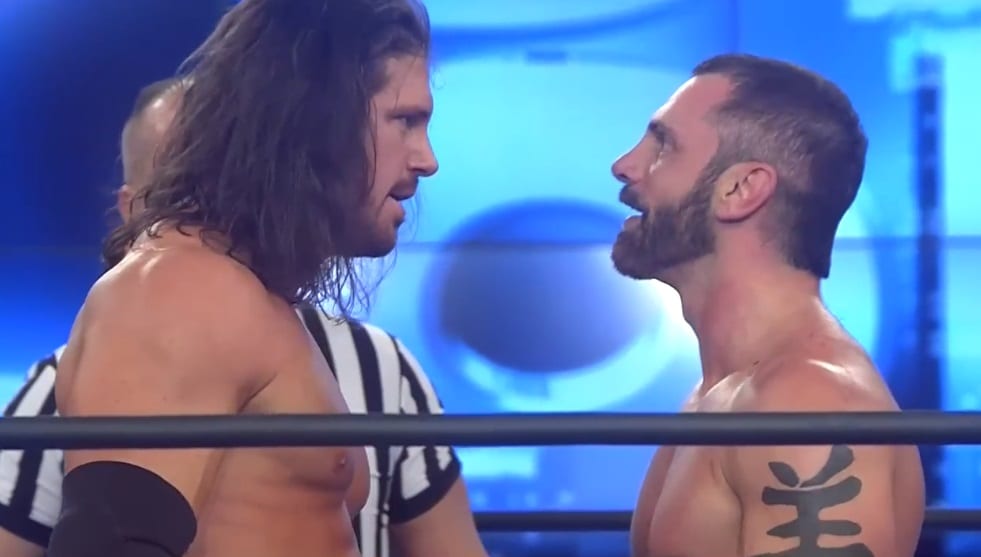 Regardless of whether the feud between Austin Aries and Johnny Impact is real or simply an elongated worked shoot, tensions did appear to be running high last night, as the two competitors put on a tough performance that was somewhat overshadowed by the finish to the match.

Impact hit the Starship Pain for the pinfall victory in the main event of the evening, capturing the Impact World Championship in the process. Immediately after taking the loss, Aries sat up and walked out of the ring, screaming curse words towards Don Callis in the commentary area.

Walking angrily to the back, Aries flipped off the fans and Impact, as he reportedly spat in the face of Impact president Ed Nordholm. A portion of this was shown on the Fite TV stream, though the production area seemingly tried to turn the focus elsewhere.

In a video posted by @JDfromNY206 who was in attendance during the show, you can clearly see Aries getting up, screaming at Callis and walking to the back as Impact looks on, confused.

Austin Aries “No Sold” Starship Pain and walked off giving Don Callis a fuck you as we Crown a new #ImpactWrestling World Champ #BoundForGlory pic.twitter.com/z6WijXZhLX

Additionally, JD would later follow this tweet up by claiming the incident may have been legit. While he can’t confirm it, he adds that Aries would come off unprofessional if that were the case.

Do you believe this was real, or a worked shoot? Let us know your thoughts, opinions, and reactions in those comments below.