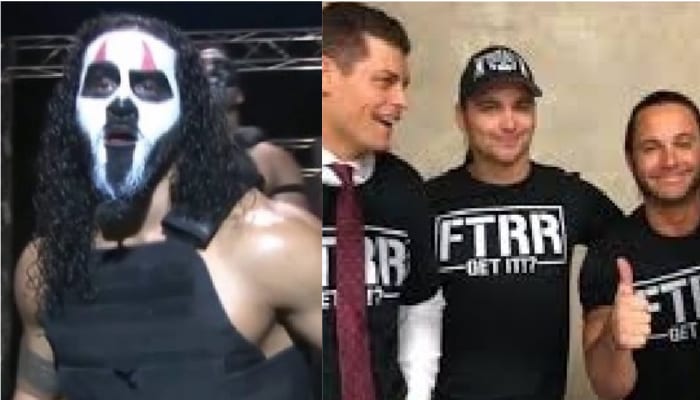 The Elite might get shaken up in a couple months when Cody Rhodes and The Young Bucks must make a decision about where they are going. After all, WWE has a lot of money and it’s likely that they will off them a good chunk of it.

They have said in the past that Cody, The Bucks, and Hangman Page won’t be separating in this decision either so where ever they go, they will be a unit. But at this point, it looks like they’re dropping all kinds of hints on Being The Elite even to the point where you’d think if they were coming to WWE that WWE might have a problem about how hard they’re teasing it. After all, people signed with WWE and coming in are often required to keep the subject zipped.

It seems that everyone who is speculated in going to WWE is posting teasers on social media with links to their Bullet Club t-shirts in hopes that fans will take advantage of the sale currently going on through today. But Tama Tonga called BS on this trend to sell merch.

Tama Tonga doesn’t care about anything WWE and The Elite might have going on. In fact, he wishes Cody and The Bucks the best of luck. This is certainly an interesting situation, but then again that’s not an uncommon thing anymore. Of course, this could be just about selling t-shirts, but only time will tell how this story develops in the next few short months.

New Shirt up that won’t be my last one affiliated with #BulletClub because we are #BulletClub. -Oh and it’s by far my favorite one! 😘 #WAR
Only at —> https://t.co/0tvYok2IYg pic.twitter.com/qrtYSWwuli

The Elite doesn’t exist without #BulletClub . Good luck in WWE

Adam Paige coming out with his last #BulletClub affiliated T-shirt HA!! Who the F# were you before then??? ….#EXACTLY. Good luck in WWE.

We were here before. We were here during. We’ll be here after. #BulletClub -good luck in WWE