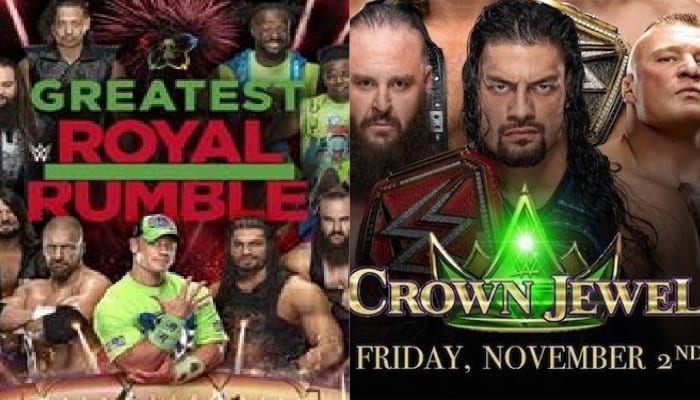 The Kingdom Of Saudi Arabia and WWE are in bed for a decade and although they brought both the Greatest Royal Rumble and Crown Jewel events to Saudi Arabia this year (or at least that’s the plan), it doesn’t appear they will continue to give the Saudis 2 huge shows a year for the next decade.

Dave Meltzer noted on Wrestling Observer Radio that 2018 was the exception to this 2 shows a year deal and it was said that the deal will most likely cut down on the events in the future. Therefore, fans should only expect 1 huge show a year in Saudi Arbia instead of 2.

This is good news for fans who are giving up on WWE out of moral obligation because they continue to carry on with these overseas shows, but at least it appears that to their relief WWE will only be going back to Saudi Arabia once a year.

This not only knocks down one huge overseas show a year, but also cuts the deal down a reported $50 million a show. If you do the match that takes about $450,000,000 away from the supposed $1 billion that we once thought was coming through with this deal.

Therefore, WWE is only likely making around $60,000,000 on the Saudi deal. Although that’s a still a lot of money, it appears that they won’t be losing as much as they could have if WWE decided to pull out of the deal.