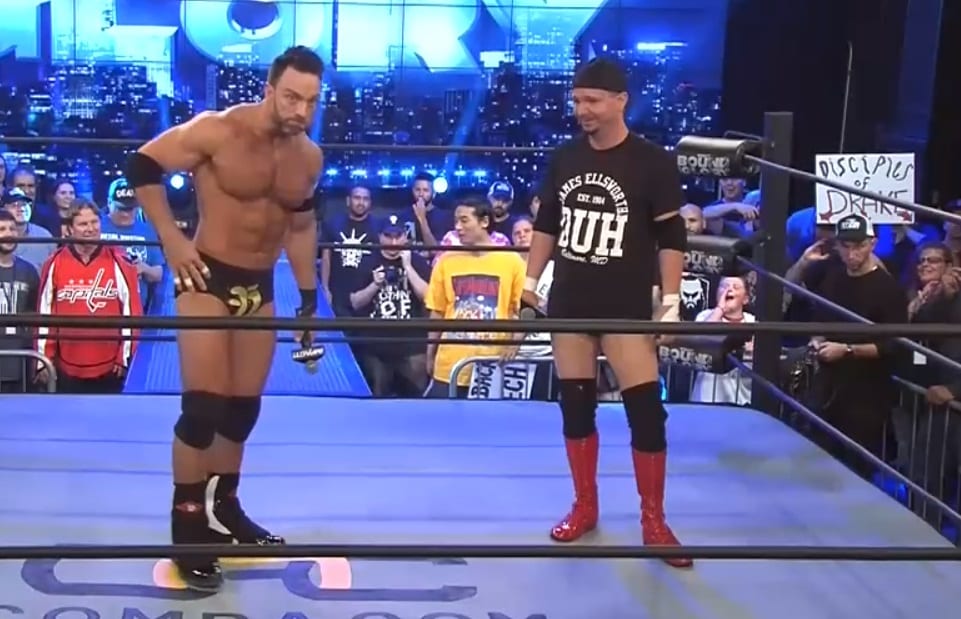 Bound For Glory is in the books and Chris Jericho did not show up. While it’s not unheard of that Jericho could eventually be a part of Impact Wrestling, after all, he did tweet that he ordered the event on pay-per-view before the show started.

Jericho didn’t show up in NYC for BFG, but James Ellsworth did and it did not go over very well at all. In a situation where he was supposed to be the good guy, he was booed out of the building and chants of “F*ck you, Ellsworth” were very loud.

As Dave Meltzer explained on Wrestling Observer Radio, Eli Drake’s mystery opponent could have been changed at the last minute, but the crowd would have been irritated if they saw anyone but Chris Jericho show up.

“So one of the things, nobody advertised that Jericho was going to be there. But everybody for whatever reason you could tell that the people expected it and they’ve been pushing the Jericho Cruise like crazy and I think people all expected Jericho to be the guy and so no matter who it was was going to be disappointing.”

“But when you’re going in there and you’re thinking it’s Jericho and you get James Ellsworth that’s probably one of the reasons for that reaction.”

“I’m under the impression somebody told me that the guy was going to be Low-Ki. I do not know that factually but I was sort of told that which I think probably would have gone over better than James Ellsworth. You know and it’s all the chin jokes and everything like that.”

Meltzer also went on to say that Ellsworth worked in WWE and how they used him there and he is good for indie wrestling. But he advised ROH and Impact Wrestling against using him because “that’s not the guy you want on your show.” But for some fans, they loved seeing Ellsworth make a big surprise, but it was nothing compared to what would have happened if Y2J really showed up at Bound For Glory.