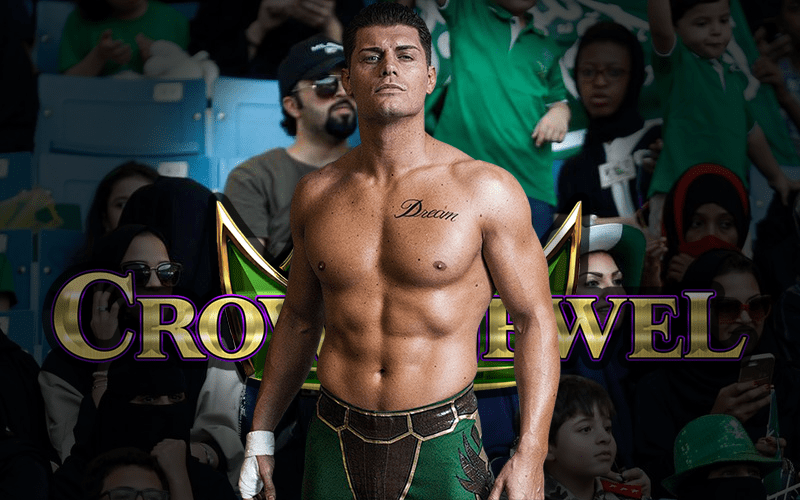 WWE has generated a ton of interest in their upcoming Crown Jewel event in Saudi Arabia and it hasn’t all been for the best reasons at all. In fact, almost none of the press about Crown Jewel is good unless you’re really into Shawn Michaels’ in-ring return and are willing to forget human rights violations — because John Oliver certainly wasn’t able to.

Now it seems that Cody Rhodes has weighed in as well. Although he didn’t directly say WWE or Crown Jewel or even Saudi Arabia, the timing of his tweet couldn’t have been more appropriate for him to be talking about anything else.

As you can see by his tweet below, The American Nightmare said that wrestlers of today are more talented and responsible than ever and it seems those in charge are not so much. In fact, he called them “clueless and irresponsible.” Needless to say, this isn’t a good look for those hoping Cody jumps to WWE because he might be in the same boat as the other Superstars who reportedly don’t want to go entertain the Saudi Royal Family but have to.

Only time will tell how everything flushes out in this situation, but there might be some walking on eggshells going on in a lot of places right now. But according to Cody, wrestlers need to band together. He could have been speaking in general because that’s a nice sentiment but it’s almost like we all know what he’s really talking about.

Wrestlers have never been more talented and responsible

Need to band together