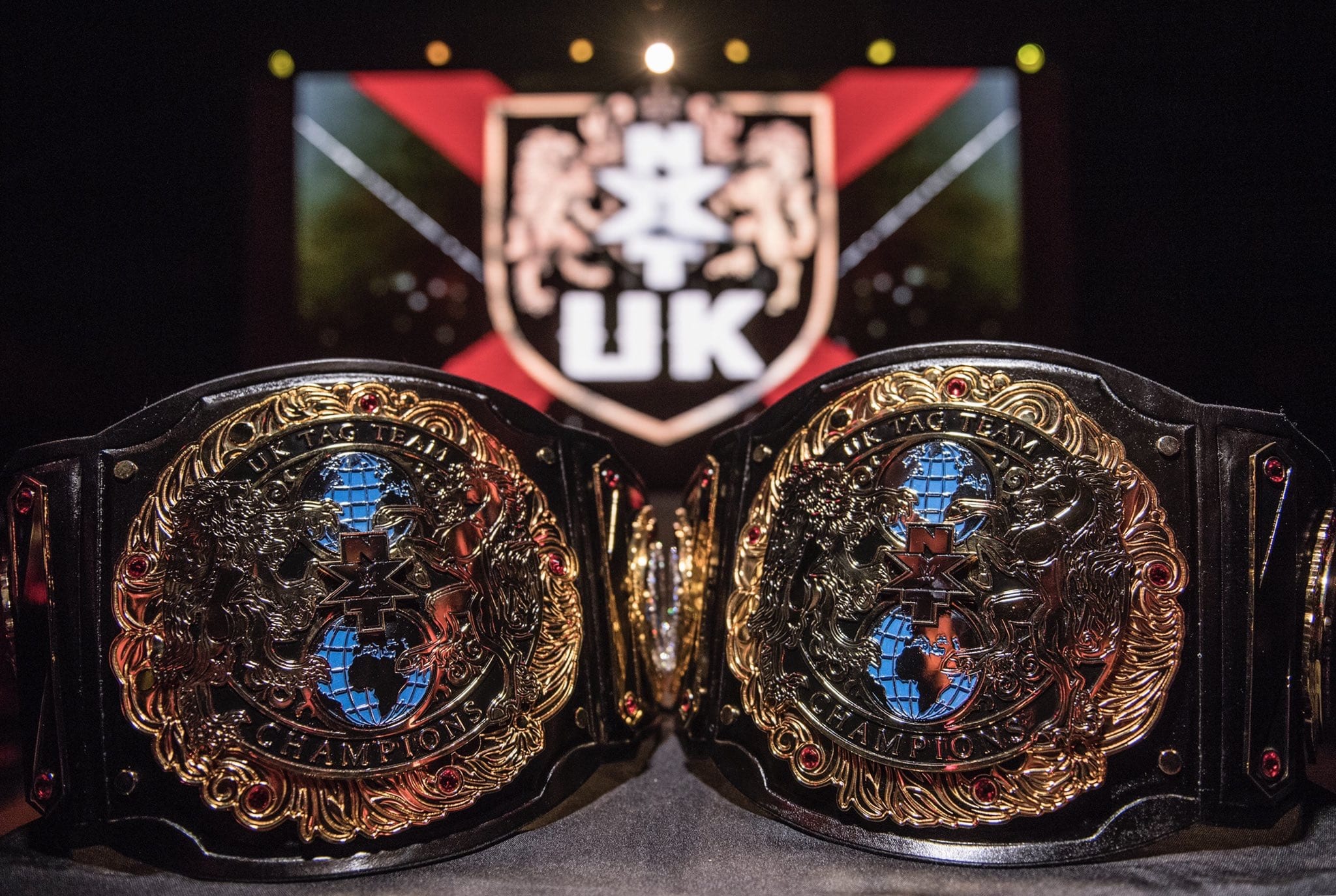 Triple H hyped a big announcement for today’s show where NXT UK is taping their next set of television shows. A lot of attention was hyped from this announcement of an announcement especially considering the fact that we’re still waiting on something regarding WWE’s situation in Saudi Arabia.

But Triple H’s big announcement had nothing to do with WWE Crown Jewel even though it still had a lot to do with international WWE events.

They unveiled the brand new NXT UK Tag Team Titles and they’re really quite nice. Some lucky team will get a chance to be the first to hold these new belts and the honor could go to several teams.

As more events break we will keep you posted.