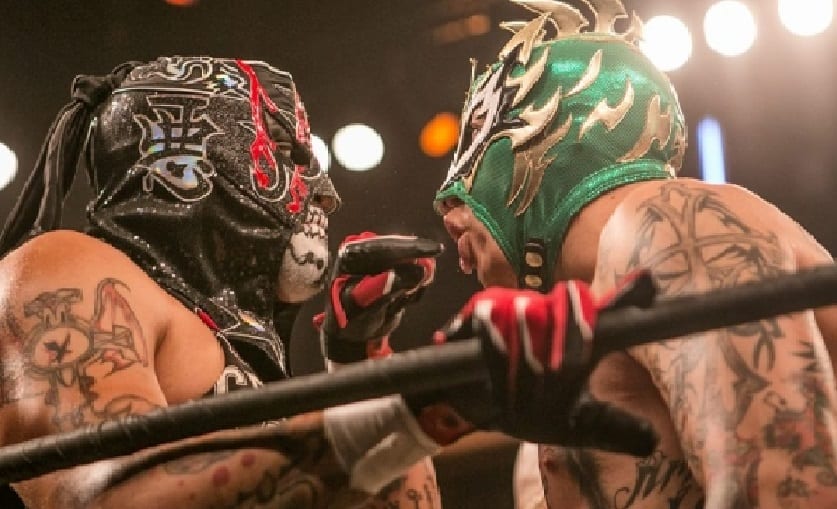 Pentagon Jr and Fenix are two of the hottest Hispanic wrestlers around, especially considering the mainstream appeal they have achieved in the past couple of years. They are working all over the place including Major League Wrestling and at a recent MLW show, things might have gotten a little out of hand.

The Lucha Brothers were involved in a storyline where ICE Agents took them and dragged them away. This was done to draw heat, but the obvious pointing a finger at the current political climate rubbed a lot of fans the wrong way.

MLW owner Court Bauer soon apologized for this angle on social media but there are still a few fans who are upset. Let’s not forget that ICE Agents taking people away without explanation is a very real thing to some people.

You can check out his response and some fan reactions below thanks to our good friend Brad Shepard.

Did MLW legit run a segment where ICE detained Pentagon and Fenix? Jesus