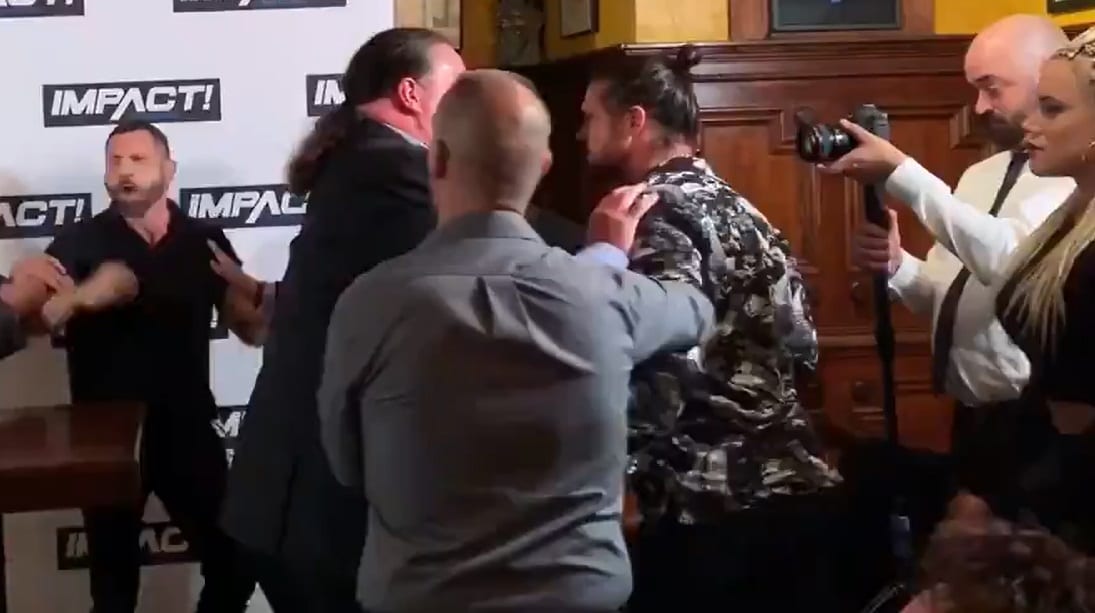 Johnny Impact and Austin Aries are set to go to war at Bound For Glory, but they got a piece of each other recently and things were pretty intense. In a world where it’s so hard to tell work from a shoot, there was way too much going on in that video all at once for it to be too worked. You can read all about that here.

During their brawl, it spilled out into the crowd who was full of Anthem employees and investors. In fact, an investor even got knocked over during the melee. This is not a good look for A Double and The Mayor Of Slamtown. Needless to say, things got real when Aries went off-script and brought up the fact that Impact and Taya went on TMZ to talk about him.

It was noted that Aries and Impact were probably supposed to get in each other’s faces and there was supposed to be a pull apart between the two. But what that escalated to was probably unplanned and Bryan Alvarez noted during Wrestling Observer Live that he’d be surprised to see this go unmentioned in some way. He alluded to “if something happens in the next week you heard it here first.”

She also said to watch Taya during the brawl as well because it seemed legit. Impact and Aries really went at each other because Austin doesn’t like being called short and Impact doesn’t appreciate having his wife being called husky.

To add even more assurance that there is some real heat there, both of them deleted the tweets that started this whole ordeal. Only time will tell, but if we see some kind of big change coming out of the biggest show in Impact Wrestling’s calendar, then it might not be too surprising.