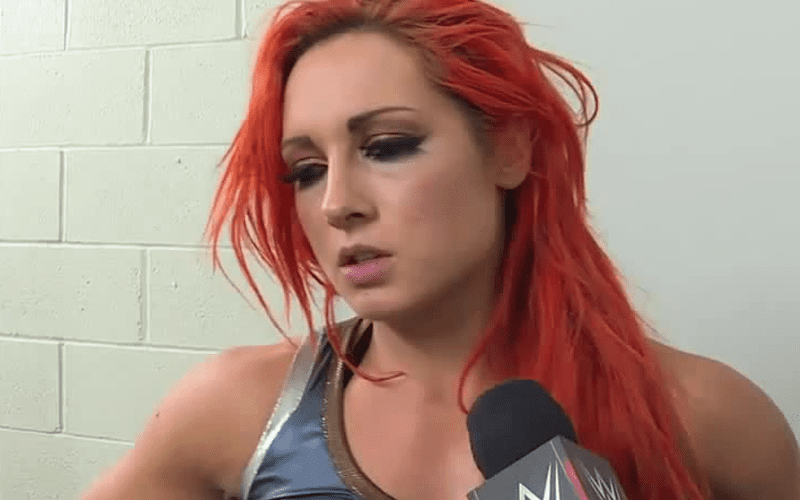 Becky Lynch has fought hard to get to the top of the SmackDown Live Women’s Division but it wasn’t without taking plenty of damage along the way. Now that the Lass Kicker is finally SmackDown Women’s Champion, she is apparently wrestling with an injury.

It’s been previously reported that Lynch is wrestling with a cracked jaw, but our sources have confirmed that it could be worse than that. In fact, it could end up costing her the title she’s worked so hard to get.

Lynch is scheduled to be evaluated soon and if her injury is worse than expected then she will have to drop the title at Evolution.

Only time will tell how this story plays out, but hopefully, Lynch will get good news once she has her cracked jaw looked at.