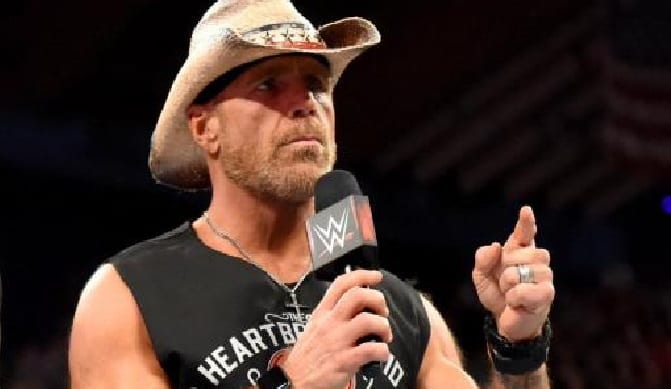 Crown Jewel is set to be a big event in Saudi Arabia and WWE is stacking the card with legends and guys who competed so many years ago mostly because that’s what the Saudi Prince wants. This is a huge deal with Saudi Arabia and as controversial as it might be to be associated with a country like that, it is a reality.

Shawn Michaels return at Crown Jewel will be in the ring of tag team match he said that he’d be interested in. But Dave Scherer noted on PW Insider Elite audio, “I would think he’ll wrestle more you know because once he’s back, he’s back, right?”

They said it seemed like WWE is building toward The Undertaker vs Shawn Michaels and proposed a WrestleMania match. Of course, WWE could always pull the trigger on that sooner than that.

It was also noted how WWE has brought so many legends back because “Vince over these decades has not created the new Undertaker,” and etc.

Only time will tell how long HBK will wrestle during a comeback but he only has to have so much left after returning from retirement. But it was also noted by Scherer that he would have the 2018 version of legends from the past as new Superstars “and he wouldn’t have to go to the AARP club to get all these guys here to sell out a stadium.”