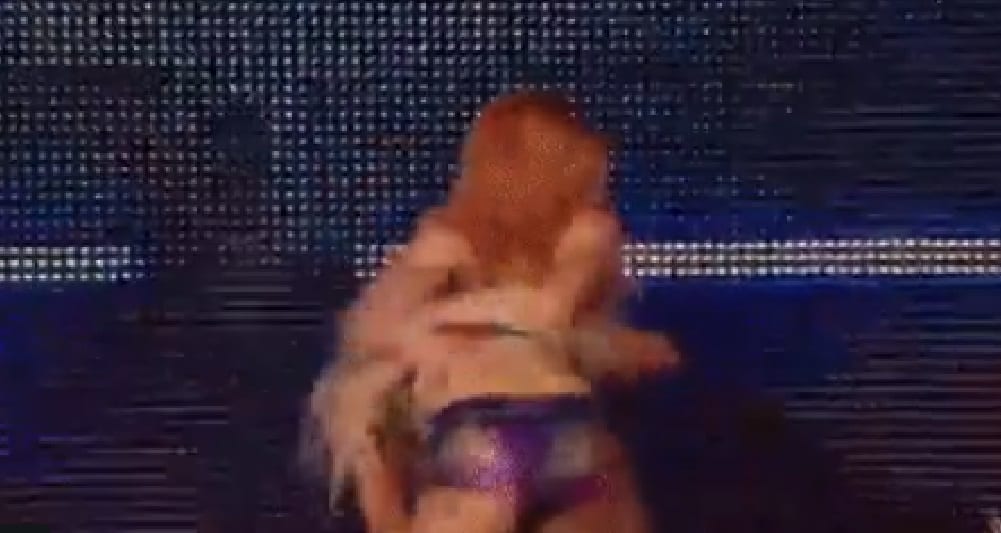 SmackDown Live started out this week with Charlotte Flair attempting to win back the SmackDown Women’s Title. Becky Lynch wouldn’t go down without a fight though and the two battled for over 20 minutes to start off the show without entrances so we got right to the action.

The final spots came as the referee counted both women out meaning no title change took place. But the battle wasn’t done by a long shot.

Flair soon speared Lynch through the LED wall in the entrance and emerged with her arm covered in blood. Corey Graves said when SmackDown Live came back from commercial that Flair suffered 3 or 4 severe cuts on her arm from the busted LED wall spot.

Hopefully, she will be okay but there’s probably little that can keep her away from competing at WWE Evolution at this point. Plenty of people have already commented about how quickly the camera cut after Flair’s bloody arm was exposed.

Due to a double count-out, @BeckyLynchWWE is STILL your #SDLive #WomensChampion!

After the Flair/Lynch double countout finish, the fight continued to the top of the stage where Flair hit a Spear on Lynch that sent them both crashing into the video wall. Charlotte had a bloody hand so the camera cut away. #SDLive