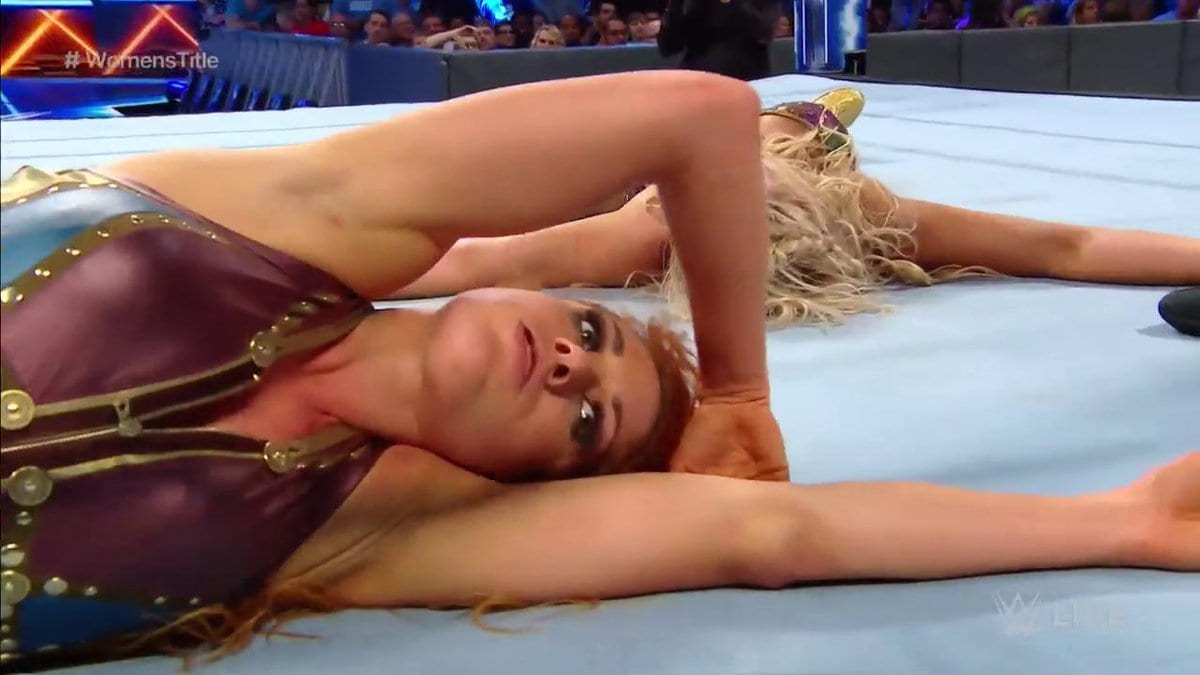 Becky Lynch defended her SmackDown Women’s Title against Charlotte Flair this week to start out the show and if the match ended on DQ, then Lynch would lose her title. The two fought for a bit and it was brutal, then it got very interesting.

Lynch grabbed her title and tried to hit Flair with it, but the referee stopped her. Then he tempted DQing her but she convinced him not to.

Charlotte caught a spear but Lynch rolled out of the ring. Flair went for a moonsault on the outside but she crashed and burned. Then Lynch nailed a Becksploder Suplex on the outside to tease a count out. Lynch then went outside and caught a suplex of her own from Flair.

Once they returned to the ring, Flair hit a Natural Selection and Lynch rolled out of the ring again to frustrate Flair. They battled on the outside and the referee eventually counted to 10. So the match ended with a count out, exactly the only way you could end this match by keeping the heat on his feud and not change the title.

It looks like Lynch and Flair will continue to battle through Evolution as the capper found Flair spearing Lynch through the SmackDown entrance LED wall. This was a violent way to end things for this match and the trainers were soon out to check on Becky and Charlotte.

The final shot we saw before the camera cut away was Flair pulling her hand out and it was covered in blood all the way up her arm. This might have been a shoot because they never show blood anymore. We will keep you posted as we hear anything.

Due to a double count-out, @BeckyLynchWWE is STILL your #SDLive #WomensChampion!